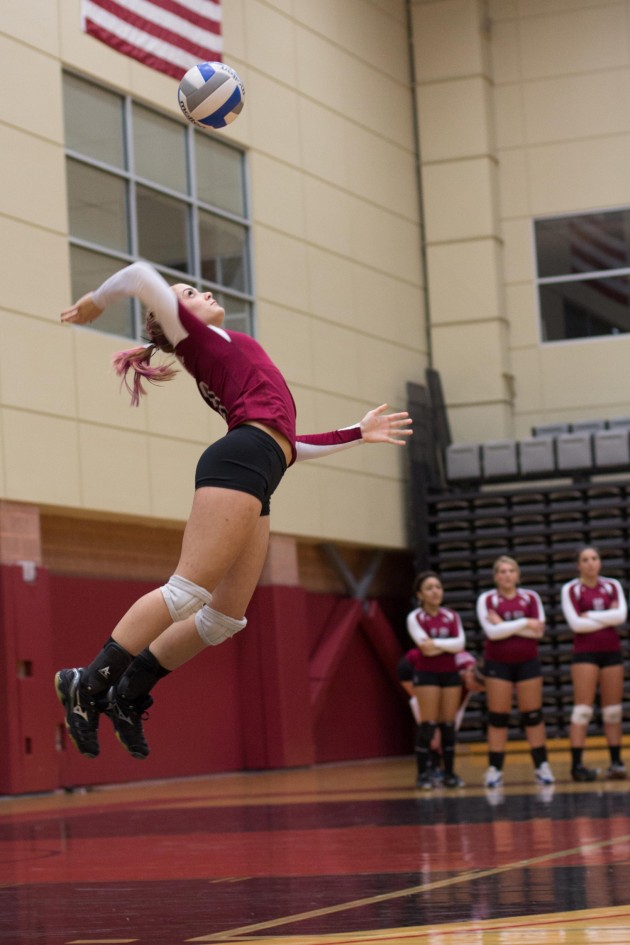 Stockton came out strong from the get-go, using their height advantage to their benefit. The Ospreys jumped out to a 4-1 lead in the first set and never looked back.

The difference in the match ultimately came down to the quality of shot opportunities, as Stockton’s attack put tremendous pressure on the defense while their court coverage on defense gave Ramapo little margin for error while on attack.

“They are an extremely disciplined team, and they showed that on the court,” Roadrunners’ senior captain Julia Tuzio said. “We had more than a few unforced errors due to incorrect positioning in defense, and our lack of offense as a whole made it impossible for us to pull ahead.”

Stockton’s Kasey Hennecke and Stephanie Warner led their attack with a combined 25 kills, while Shannon Clark’s 19 assists led the team.

Stockton improved to 10-2 on the season and remained undefeated in conference play at 3-0.

The Roadrunners dropped the first two sets (25-12, 25-8), but came out aggressive in the third set, as the play of freshmen Patricia Bergamasci and Emily Harris ignited Ramapo to an early lead.

“It’s the tough matches that really show who the leaders on a team are,” Tuzio said. “A few of the younger girls really stepped up, which I was happy about.”

The Roadrunners didn’t have to wait long to get back on the court, as they headed to Elizabethtown, PA for the 2012 Days Inn Blue Jay Classic on Friday.

The loss to Stockton drops Ramapo to 1-1 in NJAC play, but the real test for this team has yet to come. They are scheduled for four straight NJAC matches starting today against New Jersey City University in Jersey City. The Roadrunners lost four matches during the weekend, but then defeated The City College of New York to improve their season record to 8-7.

“I do still have a positive outlook of the rest of our conference games,” Tuzio said. “We knew Stockton was our biggest in-conference challenge, and although it’s unfortunate we had to play them so early in the season, I know that this game was a learning experience for everyone, especially our younger girls. I hope to see Stockton in the conference finals once again this year.”