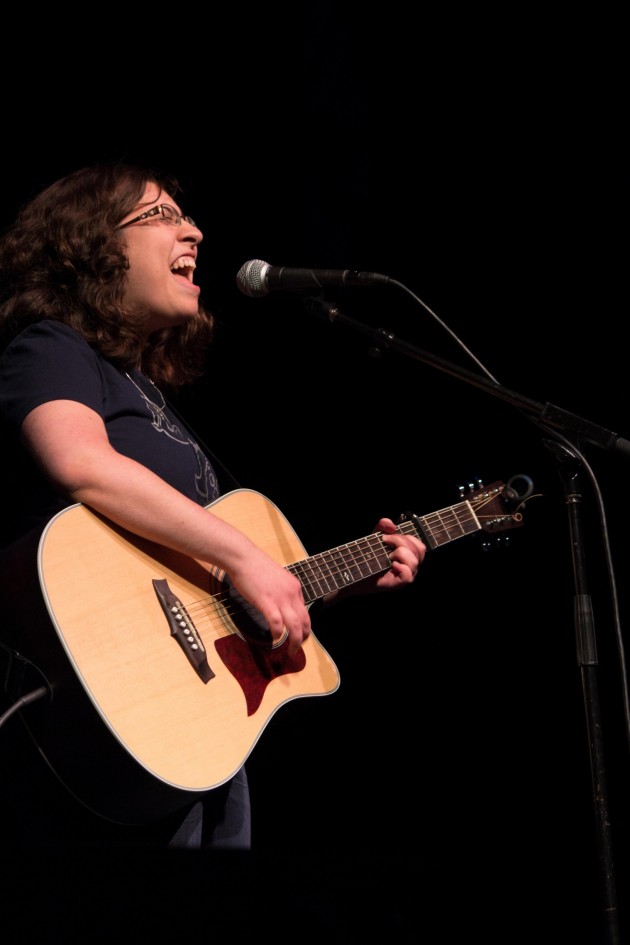 The College Programing Board hosted a free concert last Tuesday featuring musician Zach Lockwood as a part of their Tuesday Night Live series. Despite the rain, students gathered at the Berrie Center for the 9 p.m. show.

Performers for Tuesday Night Live were chosen at a conference attended last semester, explained senior CPB member Geneva Gamblin, which is when Lockwood was chosen as a good fit for the series.

“We go to a conference and see a bunch of performers and we choose which ones we think would be a good fit for these shows. So this semester’s performers were chosen a semester ahead,” Gamblin said.

The opening acts for Tuesday Night Live are chosen at an open audition. Their availability and performance style help in deciding which student will open for the performers.

“We ran a series of auditions and left it open to anyone who wanted to come out,” Gamblin said, “From there we chose based on their availability and fitting into the genre of the event.”

The concert began with a performance by senior musician Roe, who played guitar and sang some original songs that she says are inspired by her own life.

“I don’t mean to give you all the Taylor Swift treatment but all my songs are based off of real life,” Roe said.

Her repertoire included original songs like “That Friend,” “Cold Feet,” “Learning to Forget” and “The Liar.” Gamblin expressed satisfaction with Roe’s performance, thinking that she prepared the crowd for a good time.

“The opener really got the crowd going,” Gamblin said.

Following Roe was the main event, country singer Zach Lockwood accompanied by guitar man Dave Dombroski. Lockwood played guitar, sang and played the harmonica for the students in the audience.

Lockwood performed some of his own songs such as “Country at Heart,” “Drink You Up,” and “What Am I To You.” He also covered a few songs like “Must Be the Money,” and “Don’t Stop Believing.”

Lockwood even premiered a song he recently wrote called “Over for Now.” “You guys are the very first ears to hear it,” Lockwood said. Lockwood also passed out free copies of his new CD, entitled “Country at Heart,” to the crowd to express his gratitude.

“I love you guys for coming out. I know it’s a Tuesday but I really appreciate it,” Lockwood said, “If you guys want a CD you can have one for free because I appreciate you guys coming out for me.”

This is one of the first Tuesday Night Live performances and some students, like freshman Cynthia Martinez, jumped at the opportunity to attend the concert.

“I wanted to go to Tuesday Night Live because I hadn’t gone yet and I thought it would be really interesting,” Martinez said.

Freshman Viandra Gomez was not as interested in the concert, but found herself enjoying it anyway.

“I didn’t want to come,” Gomez said, “I was dragged by my friends but I ended up really liking it.”

Lockwood’s country tunes ended up winning over Gomez and many other students in the audience. Thanks to the CPB, Roe, Dombroski and Lockwood, the student’s of Ramapo College enjoyed an escape from the rain with a night of entertainment. Look for more information about upcoming TNL performers.