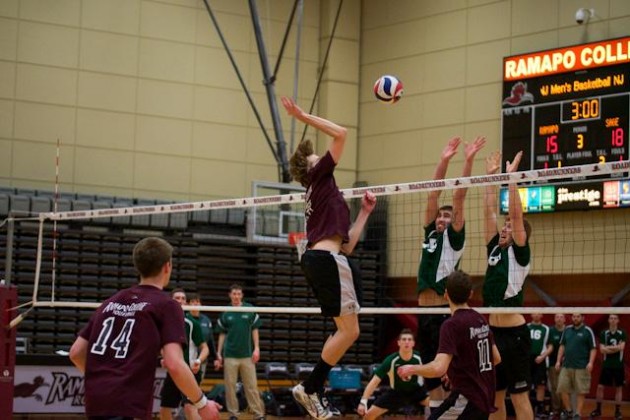 The men’s volleyball squad improved its record to 13-5 after winning 13 of its last 14 matches. On Friday night, The Sage Colleges snapped the Roadrunners’ eight-game winning streak in four sets. Junior Nick Hrehovcik recorded a team-high 13 kills while junior Chris Sidnam trailed close behind with 10. They bounced back during their next home matchup against Cairn University on Monday night, rallying after falling during the first two sets. After topping Cairn, Ramapo beat Yeshiva University and Bard College, each in three sets. Ramapo will play another home game this Saturday afternoon against Southern Vermont College.