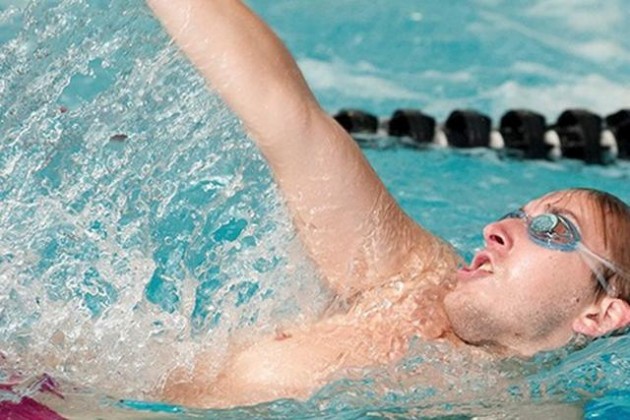 The Ramapo College men and women’s swim teams opened their season with big victories against Fairleigh Dickinson University Florham on Thursday at the Bradley Center.

The men’s captains, senior Maciej Maj and juniors Phil Sokoloff and Anthony Cusmano, led the men to a 124-62 victory. For the women’s team, captains Kari Lefebrve, senior, and juniors Maggie Nagle and Lauren Keller, helped lift the lady Roadrunners to a crushing 127-44 win.

“It was a great first win. We have been working hard every day at practice, and tonight was a good benchmark to see where all of us stood,” said Sokoloff. “I am proud of my team for performing the way they did tonight.”

The captain said both teams are starting off on the right foot. Both teams won eight events in their wins.

For the men, the 200-yard medley relay team of Cusmano and freshmen RJ Carillo, Phil Mathys and Kevin Fries posted a first place finish at 1:42.37.

Sophomore Brian Henningsen and junior Derek Schlieman finished at 10:46.33 and 11:59.78 for first and second respectively in the 1,000-yard freestyle.

Ramapo swimmers also finished in the top three for the men’s 50-yard freestyle. Maj finished second in between Mathys and Will Mayer.

Both teams made convincing wins in the season opener, but will face a tough opponent, The College of New Jersey, Saturday on the road. The meet will be the first of four New Jersey Athletic Conference meets this season for the teams.

The Roadrunners’ next home meet will be Nov. 9 at 2 p.m. against the College of New Rochelle in a non conference meet.