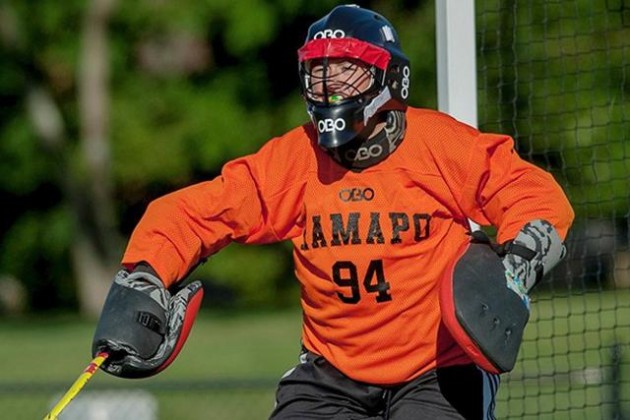 The Roadrunners field hockey team was defeated by Vassar College 3-0 in a non-conference match on Saturday at home.

Generating offense continues to be a problem for this Roadrunner team, as they failed to get one shot on goal in the entire game.

Sophomore Lynsey Boss said that she and other players suffered injuries this year, and it has been hard to generate an offensive rhythm since becoming healthy.

“When we play our games, it’s almost like the first time we play as an unit rather than our offense against our defense like in practice,” Boss said.

Boss said that freshman Amanda Bloss tore a ligament in her foot, and junior Kristen Shea and freshman Melissa Cassani both missed time because of concussions. Junior Megan Minneci had a problem with her hip and also missed playing time.

Freshman goalkeeper Emily Kramer played the entire game for the Roadrunners, posting 14 saves and three goals against in 70 minutes of play.

For the Vassar College Brewers, goalkeepers sophomore Amreen Bhasin and senior Maggie Brelis split time in the net, but neither was forced to make a save.

Vassar senior Liz Raskopf opened the scoring just 8:47 into the game with her fourth goal of the season. She scored on Vassar’s fifth shot on goal of the game.

The Roadrunners defense managed to hold off the Brewers for the rest of the first half, but they couldn’t stop an offensive surge in the second half.

Sophomore Lauren Wiebe scored just over three minutes into the second half, forcing Kramer to make several saves early for the Roadrunners. The goal was Wiebe’s 12th of the season.

The Roadrunners then held off the Brewers until the last 10 minutes, when Vassar senior Tina Caso beat Kramer on a penalty corner to score her 10th goal of the season at 63:44.

This loss marks the third game in a row that the Roadrunners have been held off the scoreboard. They will look to change that in their final game against Richard Stockton on Nov. 11.

“I think if we were to use more passing up field and move as a unit instead of offense, midfield and defense, we can be more successful,” Boss said.

Vassar College is a member of the Liberty League and has gone 10-5 overall and 3-3 in conference this season. Vassar carried momentum coming into the game, winning three of four Liberty League matchups since Oct. 11.

The Roadrunners field hockey team is young and lost many key players after last season. Boss said that the team is looking to build for a new future.

Winning their final games could provide a huge confidence boost for the young team to carry into next year. Boss said that the team is going to work hard in the off-season to prepare for next year.

“We are going to try to use this weak point as an advantage so next year, when we face our opponents that beat us, we want to surprise them with how strong we’ve grown and how much heart we have to want to succeed,” Boss said.