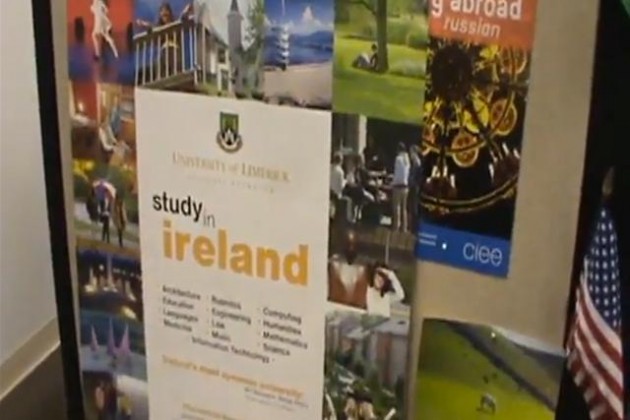 There is an increase in students choosing to study abroad as well as an increase of international students studying in the United States, according to the annual Open Doors report from the International Institute of Education. This increase can also be found on campus at Ramapo.

“I think there’s a boom because the U.S. is no longer the dominant work force,” said Kate Godfrey, a study abroad advisor at the Roukema Center for International Education.

Godfrey said the increase in students studying abroad could potentially be a result of employers wanting to see that people have the capability to do business with other nations and different people.

The 2012 to 2013 school year saw an increase of 7.2 percent in the number of international students enrolled in American universities from the previous year, the seventh straight year that number ticked up, according to the annual report.

Rajesh Adhikari, the director of international students and scholars, said that he has seen an increase in the international population on campus through the years.

He compared the number of F1 and J1 Visa students on campus.; F1 students are those that spend all four undergraduate years at Ramapo, and J1 are students that spend a shorter time on campus, such as a semester or year. There were 28 F1 students in 2011, 37 in 2012 and now 55 in 2013. Currently, there are 83 international F1 and J1 students combined.

International students are mostly from China, India, Nepal, Bulgaria and Turkey. On the other hand, the most popular destinations for Ramapo students are Spain, Italy, the United Kingdom, Ireland and Australia.

Godfrey said that an international experience, such as study abroad, differs from taking a class at a home campus because it offers students the opportunity to be independent and on their own.

“The number one benefit students can get abroad is language learning,” Godfrey said. “You can of course learn a language in a classroom, but it’s very different to apply the language, especially if the language isn’t necessarily taught here at the school.”

Study abroad also provides an intercultural experience where students can learn about other people and view U.S. culture from a different perspective.

“I learned how to live within a different culture that didn’t speak my first language,” said Ashlee Garcia, a senior, who studied abroad in Bilbao, Spain last semester. “If you put time and effort into learning, you become more culturally aware.”

“I took an Irish class and learned the language,” she said. “It’s a very interesting language. It was not like English at all, and it was a different perspective.”

First, students think it’s too expensive. Second, students believe only certain majors can study abroad. Third, many think that because they do not speak a second language, study abroad is not possible.

However, Godfrey said with proper planning and research, looking into semesters in certain countries in Asia and Latin America may make studying abroad cheaper. Also, most classes in foreign countries are taught in English, so Godfrey said a language barrier is not something to worry about.

According to the same report, only 1.4 percent of U.S. students study abroad. In order to increase those statistics, Ramapo’s new strategic plan will require more majors and minors to have some international experience.

“Study abroad will be more common as many majors are trying to add study abroad to their curriculum or four-year plan,” said Godfrey. “There will be a very big increase in the number of students going abroad, and we’re very excited to send more students abroad.”