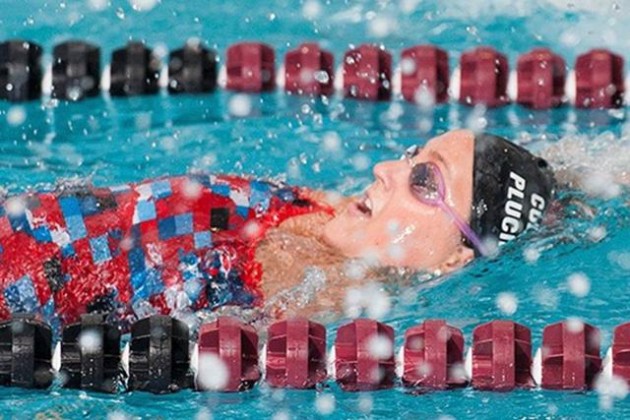 Ramapo College’s swim team is making a splash in the pool this season. The men’s squad showed that they can be a dominant force with a 163-99 win over Scranton on Saturday.

Following the men’s first loss to rival The College of New Jersey, the team rallied back to win their next three meets, including a win over Division I opponent New Jersey Institute of Technology for a 4-1 record.

For the women’s team, however, this season has proven to be  a bumpy road. After a close 142-119 loss to Scranton on Saturday, the women currently have a 2-3 record. Freshman Brenda Arthur showed her prowess when she broke the 100-meter fly record earlier this season, previously set by Brenda Slazyk last year.

Aside from setting individual records, the Roadrunners are working to become one of the top teams in the state. Specifically, the men’s goal is to place even higher in the Metropolitan Championship held at Rutgers University in February. Sophomore swimmer Andrew Caetano said that he has high expectations for himself and the team.

“I’m striving for excellence this year, and look to have my name on our new record board by the end of this season,” he said. “As for the team we’re doing great. I’m proud of the guys and all their hard work so far and can’t wait to see what we can all achieve at the end.”

In Saturday’s meet, the men’s team finished first in the 200-yard medley relay as juniors Phil Sokoloff and Anthony Cusmano and freshmen RJ Carillo and Phillip Mathys finished at 1:40.42.

The men also took victories in 1,000-yard free race as sophomore Brain Henningsen and junior Derek Schlieman finished at 10:56.52 and 11:06.14 for first and second respectively.

The Ramapo men also earned points with the top three finishes in the 200-yard freestyle as Sokoloff, sophomore Peter Kellner and freshman Kevin Guo finished at 1:48.76, 1:49.65 and 1:53.03 respectively.

Meanwhile, in their loss, the lady Roadrunners took first and third in the 200-yard freestyle as junior Lauren Keller finished at 2:00.35 and senior Kari Lefebvre finished at 2:05.30.

The team’s next home meet will be on Dec. 7 at 2 p.m. against the College of Staten Island.