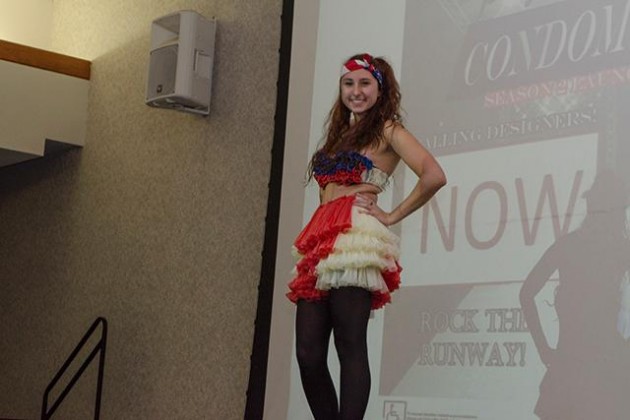 Project Condom takes its roots from the popular reality television show “Project Runway.” The object of the event is to raise awareness about safe sex through the use of contraceptives, particularly condoms.

The goal for the designers who participated was to create wearable clothing that is put on display in a high-energy fashion show competing for the best design. All of the designers got the same supplies and were required to have any actual fabric covered by condoms.