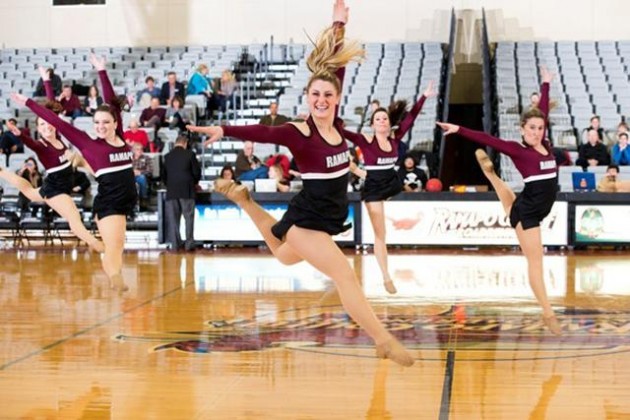 Last week, the Ramapo Dance team made it all the way to Daytona, Fla. to once again compete in nationals. Ramapo has held onto the top spot in the competition, placing first two years in a row. Although this year they took third place, their energy and amazing teamwork made them champions to everyone else.

Over the past couple months, the dance team had been working extremely hard getting their routine perfect and trying to defend their title. They practiced two nights a week and every Sunday morning. Once the competition got closer, their practices doubled, and the work became more and more intense.

Head coach Idania Algieri, who was on the dance team herself a few years ago, has been the kind of coach most people would want. She helped make the program into what it is today.

“It’s beyond emotional and so empowering and rewarding to see where we came from to what we are now, day in and day out, seeing these girls work hard; there is nothing more rewarding in life right now. I feel so accomplished and am so happy right now,” Algieri said.

Algieri is extremely dedicated to her team and would do anything possible to make them the best. When coaching, you can see the passion in her eyes, which reflects the passion you see in the team’s eyes. Their energy at Nationals was just amazing to see; you saw how badly they wanted that title again. Placing third wasn’t their plan, but the team knew how hard they worked and was proud of their accomplishments. The graduating seniors took the stage for one last time, and said goodbye to the mats.

One of the team’s captains, Casey Holstein, said, “I’m so sad that it’s going to be my final year and I have to say goodbye to all these girls. They become your family and what was most important to us is that we did our best and gave it all we could.”

Holstein also got Most Valuable Dancer from her team this year, and as a senior, it’s the perfect ending to her dancing career at Ramapo.

The girls competed last Thursday and Friday and came in third both days. Blinn College from Brenham, Texas came in first and Oklahoma City University, from Oklahoma City, Okla., came in second.