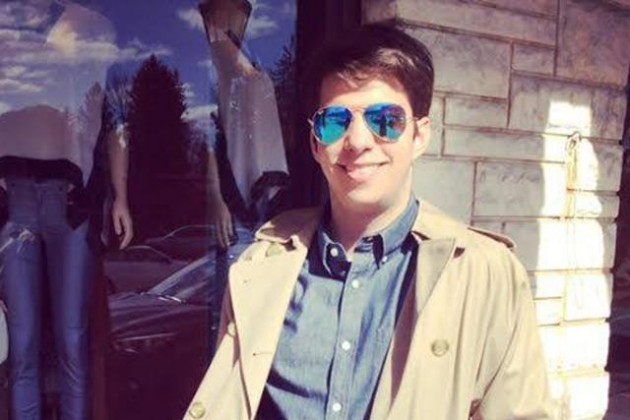 At just 21, he already graduated here with a marketing degree. He is currently a fulltime men’s wholesale assistant for Salvatore Ferragamo, a designer shoe and clothing company. And now, he is hoping to give back to the Ramapo community in a unique way… by offering free resume review and career advisement to interested students.

“I love to help people,” Auth said. “I really find joy from it. It’s just something I believe in. I’m happy to help, and it’s something I can offer.”

With five internships during his college career, Auth is certainly qualified to be what he considers a “coach” to students seeking internships or employment. It all started, he said, when he realized he could kick start his career by accelerating his coursework at Ramapo.

“I wanted to get out of college and start working,” Auth explained. “I loved my classes, but I enjoyed interning more. I enjoyed being in the corporate environment more than the classroom.”

So, Autho set out to complete his undergraduate degree in three years. After finishing his freshman year with a 3.9 GPA, Auth figured he could heighten his workload and still do well. He gradually increased his semesters to 20 and then 27 credits by taking classes at Ramapo, Bergen Community College, William Paterson University and for-credit internships. He even enrolled in 30 credits one summer to effectively finish his junior year in between semesters.

“I used other schools, and I really loaded up on credits,” he said of his path to graduation last May. “I knew I was ready to work.”

That he was-he scored his first paid internship in the spring of his freshman year at DL1961, a denim startup in New York City, from networking with a friend. Next, he went on to Tory Burch, a luxury women’s lifestyle brand, where he was a visual merchandising intern for three months and then moved to the public relations department for the fall semester of his sophomore year.

“It was an amazing experience,” Auth said of working at Tory Burch, “and it was an exciting time because they were having their runway show start up, and I actually got to go and assist. It was great.”

Continuing to pursue his passion for the fashion industry, Auth worked in the New York Post’s fashion department as an editorial intern over winter break, and then he returned to Tory Burch for a marketing position spring of his sophomore year. Things died down after that, so he pushed to complete his coursework while looking for his next internship to come along.

That one was at Vogue.

“It was amazing. Vogue was life changing,” Auth said. “I was an editorial intern within the accessories department. Vogue was absolutely the best.”

Nearing the end of his (shortened) college career, Auth was faced with finding one last internship that he hoped would transition to a job upon graduation. While he toyed with the idea of staying at Vogue, he instead accepted a PR position at Ferragamo, where he now works fulltime.

“Now that I look back at it, it was the best,” Auth said of his extremely busy few years. “It all worked out. I’m glad I did it.”

It has also helped him launch his new “weekend and night time” endeavor: career consulting.

Auth reached out to the Ramapo community via email, as well as other students from local colleges and individuals through Craigslist. He is offering free resume and cover letter reviews, internship interview prep, and networking tips, among other services, to aid in the job application and hiring process.

So far, Auth reports that he has done about 10 to 15 resume reviews for Ramapo students since advertising his services earlier this month, and in all, he’s done between 50 or 60. But what started out as something he did for his friends is quickly becoming more established. He even hopes to formalize this initiative into a company, called “Jobme.”

“It’s something I’ve gone through; I know it,” Auth said of the job search. “I feel like I bring a new perspective, and I’m happy to help. That’s my thing.”

Aside from his “Jobme” plans, Auth has other big things in the works. He aspires to complete master’s and doctorate degrees in marketing, wants to travel to China and eventually buy a place in Manhattan when he can afford it. (Right now, he commutes to work from his house in Old Tappan, N.J.)

“I have a lot on my plate,” he said, “but I will accomplish it… hopefully!”