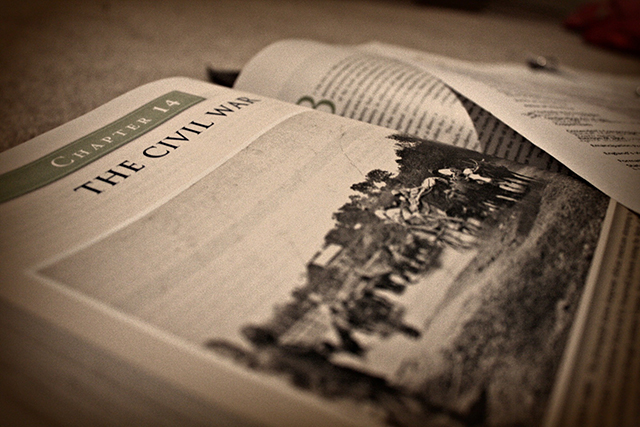 Social media exploded this week with support for the hundreds of students from at least five Jefferson County, Colorado schools who organized walkouts to protest an attempt by the School Board to squash civil disobedience among students.

The students staged a protest, lining up on the streets to draw attention to a proposal to refocus the curriculum to promote patriotism and guard against civil disorder.

American Civil Liberties Union (ACLU) of Colorado Executive Director Nathan Woodliff-Stanley issued the following statement after members of the Jefferson County School Board proposed the new curriculum review: “A committee that polices educational materials for insufficient devotion to patriotism or a lack of respect for authority runs the real danger of substituting propaganda for education.”

To echo Woodliff-Stanley, the real danger here is promoting ideological agendas at a state-funded school by teaching a form of whitewashed, nationalistic history.

This conflicts with the state’s envisioned purpose of public education.  How would this new proposed curriculum translate to the nationwide educational values of academic honesty, integrity and exploration?

If the curriculum is, in fact, approved, I cannot help but picture a generation of students with incapacitated critical thinking faculties.

The Board’s proposed denial of history indicates the lack of awareness of their proposal, and it is a statement to the rest of the country, as well.

Let’s consider the Future Teachers of America, bullied by the contradictory curriculum’s code to prepare the students for college and promote only a positive version of the United States’ history. How would textbooks talk about our ancestor’s mistakes without holding them responsible for their missteps in some of the country’s most shameful and heinous historical events?

Our country is not the symbol of perfection, nor is any other country, ethnic group, age, gender, race or individual. Any step we take to clothe our mistakes is a rejection of the truth, and therefore a possibility that it’ll be repeated.

The most shocking part of this thought process is that I am weirdly reminded of Aldous Huxley's "Brave New World" dystopian theory I read during my junior year of high school; only this time, we condition the masses to love their country, instead.