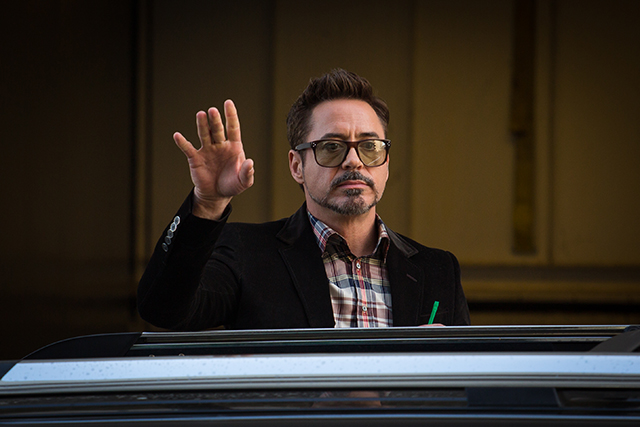 David Dobkin’s new film, “The Judge,” is remarkable, as it is one of those rare occurrences where audiences get to see Robert Downey Jr. not running around solving crime in Victorian England or saving the world dressed up as a tin can, it however, fails to break free of the contrite conentions of this courtroom drama.

Downey stars as big-shot corporate lawyer Hank Palmer, played in similar "Downey-style" of quick-talking and equally quick-witted banter. Hank leaves his lucrative job to bury his mother and stays when he must defend his father and the titular judge of the film for murder charges.

The old judge, Joseph Palmer, is played by Hollywood legend Robert Duvall. Palmer stands in juxtaposition with his son, a small town fixture who prides himself on handing down wise and meaningful decisions from his court bench.

One of Judge Palmer’s old cases has come back to haunt him, as all evidence points to him for the murder of a paroled prisoner he sent to prison. With the local prosecutor hell-bent on placing Duvall behind bars, he turns to his estranged son to clear his good name.

Questions of whether or not the father and son can repair their relationship and if they can work toward the common good of saving Joseph Palmer from imprisonment loom throughout the film.

“The Judge” is simply oozing in well-used Hollywood clichés. It runs the gambit, from “the big shot goes back to his hometown,” to “the old high school sweet heart,” to “folksy old town people.”

If tempted to see the film because of courtroom-drama fandom, don’t. It’s all been seen before. “The Judge” is essentially a bland stew of “A Few Good Men,” “Presumed Innocent” and “The Verdict” with a strong aftertaste of “To Kill a Mockingbird” and just a hint of “The Lincoln Lawyer.”

Robert Downey Jr. and Robert Duvall are an acting dream team and hopefully they will team up again in the future. But no matter how high the caliber of the actors at the disposal of the filmmakers, they can only elevate the quality of a mediocre film. At its best, “The Judge” is an extremely average rehashing of its genre predecessors.