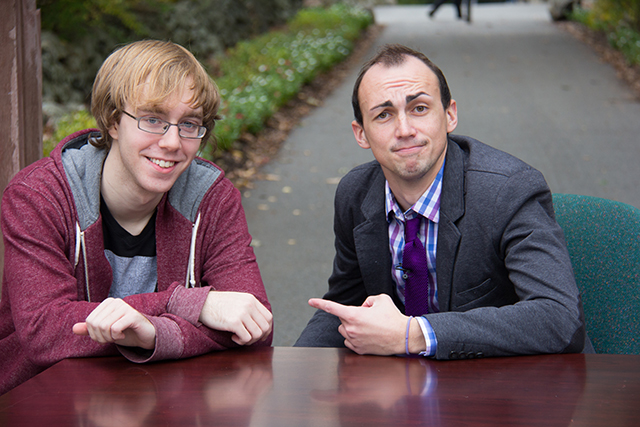 The Ramapo College Television program has recently introduced a new segment known as “Archtalk.” The show is hosted by Ramapo senior Warren Dolan and takes place underneath the Arch every Monday during common hour. "Archtalk" is five episodes in, and the series has already gathered a following which grows with each passing episode.

“It is essentially styled after ‘Late Night with Jimmy Fallon,’ ‘The Tonight Show,’—things like that. I wanted to take that style, bring it to Ramapo and do a show where we highlighted Ramapo students," said Dolan. "Each week we bring in different students and they tell us how they’re involved on campus and I think it’s just a cool way for students to learn about things going on on campus and to learn about students that they may or may not have known anything about."

The show incorporates aspects of more famous programs of its kind like guest interviews, games, musical performances and an opening monologue but all related to Ramapo. Episodes can be found online and students are open to approach RCTV and potentially be a guest on the show or to perform.

“At the end of season 1 we want to do an episode that’s an hour long show. We want to bring a lot of guests out, we want to have a musical guest, we want to do games with people and do it in a place where we know it would be popular as well as at night so it’s a true late night show,” Dolan went on to say about the future of the program.