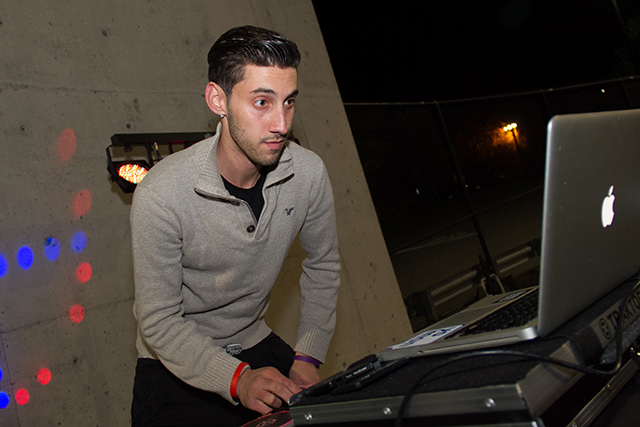 WRPR, Ramapo’s own radio station, hosted its first solo event in the club’s history. Senior Ryan Wold, better known as DJ Sunsett, was the headlining performer at the show, which was held in Laurel Courts this past Saturday.

“He’s a big name on campus as well as social media and if DJ Sunsett plays people will come see him. We plan on making Friends Hall into a concert venue since the station is down and we plan on holding more live events in the future,” said WRPR’s Live Manager Philip Rocha.

The station is known to co-sponsor a variety of events including Open Mic Nights, fraternity pageants, sorority events and programs held by the Black Student Union, but this was the club’s first stab at their own event.

This show was the first initiative made by the station in an attempt to overcome their currently inactive signal, a result of construction on campus.

Aside from DJ Sunsett providing the music, activities for students were available including “Wrecking Ball,” “Jousting” and “Bungee Run,” all of which are games played on inflatable platforms. Free pizza and soda was also offered as incentive for students to come and enjoy the music.

“Wrecking Ball” was a crowd favorite that pits four players against each other, circling a large object resembling a wrecking ball and attempting to knock each other down. “Jousting” was incorporated because of its popularity at the first “Rammasance Fair” earlier in the month.

DJ Sunsett primarily plays Electronic Dance Music (EDM) and House music that are characterized by their percussive elements and blend of pop songs, often played in nightclubs and other social venues. This brand of music has become increasingly more popular since its foundation in the 1980s and has been the soundtrack for college parties in recent years.

“I love it, there’s no such thing as bad promotion. They did a really nice job with the event and I’m happy about it all,” said senior Wold.

The tunes of DJ Sunsett were played into the midnight hours and students continually passed through to dance, play games and enjoy free food. WRPR looks to hold more events of this kind in the future and feature Ramapo’s abundance of musical talent as well as outside acts for students to appreciate.