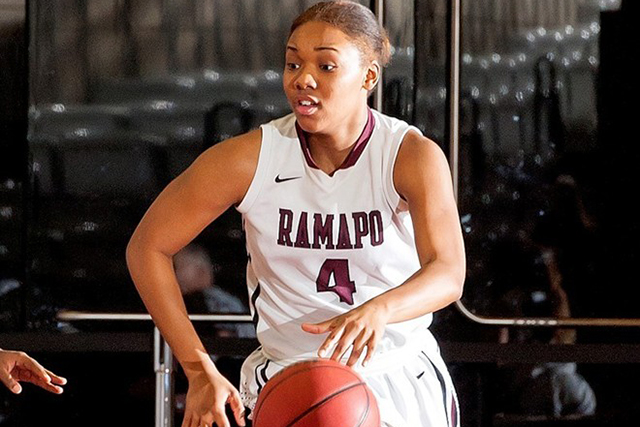 The Roadrunners took on a tough Montclair State University squad on Saturday afternoon at the Bradley Center in search of their first New Jersey Athletic Conference win of the season and were defeated 72-39.

“They’re number five in the country for a reason and number 10 in the country on some different polls, so they’re a really talented team and the best team in our league,” said Ramapo’s seventh year head coach Mike Eineker. “Obviously it’s going to be a tough game and a hard game for us to compete with them at this point, but in the same token, we have absolutely nothing to lose so we’ll go out and play as hard as we can and see if we can hang with them for a while.”

The Roadrunners played from behind all game long, as the momentum swung towards Montclair right from the game’s first basket.

Although the Roadrunners could not get much of anything going offensively, as they shot just 25 percent (13-51) from the floor, they forced Montclair to turn the ball over 17 times and converted those turnovers into 15 points. The Roadrunners were 13-15 (87 percent) from the free throw line in the game.

The second half opened with an 18-point run by Montclair and they did not look back.

The Roadrunners dropped to just 4-16 on the year and 0-13 in the NJAC while Montclair improved to 19-1 on the season and 12-1 in the conference, with their only loss occurring on Jan. 14 against Richard Stockton.

“I think since we have nothing to lose, there’s no harm in going out and trying and seeing if we could stay with them,” said Eineker.

The Roadrunners have an upcoming road game on Wednesday, Feb. 4, against New Jersey City University.