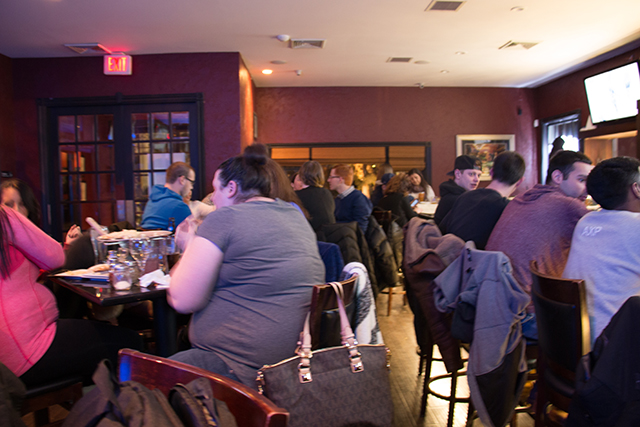 A new off-campus activity simply titled “Trivia Night” has sprung up in Suffern, N.Y. The weekly event was created by Ramapo alumnus Kevan Kenney, who graduated this past spring. It is catered to students because the restaurant is offering free rides via the car service, Uber.

The first of these trivia nights was held this past Tuesday at The Turn Restaurant and Bar and warmed some people from the Ramapo community up to the basic concept of the event. It is formatted in five rounds, during which a spinning wheel determines the category contestants will answer questions from. This version seems to be a descendant of Mahwah Bar and Grill’s very own trivia night, which has become increasingly popular as a weekly staple for residents and students in the area.

“Trivia as a game, is an event that has always interested me due to the fact that anyone and everyone can play. I love the fact that it's a game that can bring friends, families and communities together. There are very few entertainment options that appeal to all ages and trivia is certainly one of them,” Kenney said.

Throughout the evening, deals on food and drinks were offered that coincided with certain rounds of the game, enticing people to stay for the entirety of the game. Raising the stakes even further was the promise of gift cards that could be used at the restaurant in increments of $5, $10 and $15 for third, second and first place winners respectively. Most importantly, the winner or winners will have their names written on the “Suffern Trivia Night” championship belt that is hung above the bar for all to see, the catch being the winning team has to come back and defend their title so that it is not taken by the next victors.

“I really do think it will be a viable option. Uber is constantly expanding, adding more drivers and the service itself is terrifically convenient and affordable for a college kid's budget. Students don't have to wait for a shuttle, or worry about being on time for a ride. They call Uber when they want, where they want – on their time,” Kenney said.

This new option for students comes at a time when concerns of a decreased social environment on campus have risen, leaving students to find off-campus entertainment. The College is also considering a partnership with Uber as an alternative for shuttle services. The game will be starting back up again in two weeks at a new venue, Ole Ole Restaurant and Tapas Bar on Feb. 24. The most prominent trivia night in town now has competition in vying for the attention of young people in the Mahwah area.