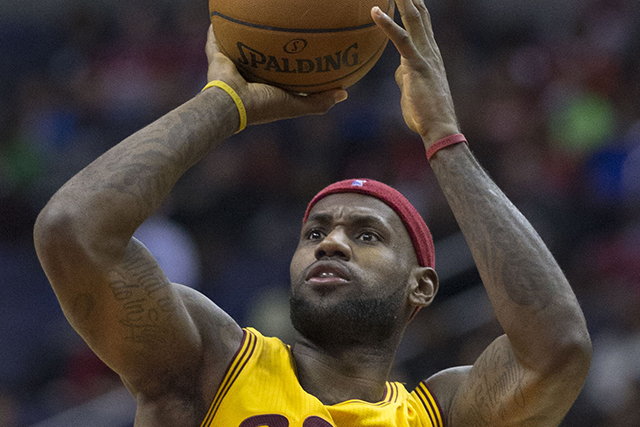 The NBA Playoffs are just over a month away, and there are several intriguing storylines to follow as the season enters its final quarter. Probably the most interesting storyline, in terms of the playoffs and geographic proximity, is the Brooklyn Nets’ push to get either the No. 7 or No. 8 seed in the Eastern Conference.

The Nets have endured a trying season thus far, failing to live up to their stellar records from the past two seasons. Despite an unimpressive 25-33 record, the Nets currently have the No. 8 seed in the Eastern Conference.

The New York Knicks are nowhere near the playoff picture. In fact, they currently have the worst record in the NBA at 12-47. The team on the court is basically a D-league team, as they are obviously tanking to try and land the first pick in the draft.  Only time will tell if this embarrassment of a season was worth it for Knick fans.

In the East, the Atlanta Hawks have been the surprise team this season, as they currently are first in the Conference and have a massive 10-game lead over the second place Toronto Raptors. The Hawks and their coach Mike Budenholzer have modeled their style of play after the defending champion San Antonio Spurs, playing egoless basketball where on any given night a different player can step up and be their leader.

Though the Raptors hold on to second place for now, it seems almost inevitable that the Cleveland Cavaliers, led by Lebron James, will catch them by season’s end. The Cavs are only one game behind the Raptors, and have played especially well since the All-Star break. Barring injury to Lebron, Kyrie Irving or Kevin Love, the Cavs will look to take the No. 2 seed into the playoffs.

Senior Justin Gianelli said that an injury to Derrick Rose has hurt the chances of the Chicago Bulls being a threat to win the East this year.

“Despite how good Atlanta has been, Derrick Rose’s injury really changes everything in the East, because otherwise the Bulls would probably be the team to beat,” he said.

As for the West, the playoff race is overall far more competitive and deeper than the East, as has been the case for the past few seasons.  The Golden State Warriors, led by Steph Curry and Klay Thompson, are at the top of the conference with the Memphis Grizzlies close on their heels.

The four teams currently in the third through sixth spots are all within two games of each other, and the intensity will only increase as the playoffs get closer.

The two teams who have owned the Western Conference since 2012, the San Antonio Spurs and the Oklahoma City Thunder are barely holding onto a playoff spot as they currently hold on to the seventh and eighth spots in the West.

However, if reigning MVP Kevin Durant can come back healthy for the Thunder and head coach Gregg Popovich can get the most out of his playoff-savvy Spurs, the teams’ places in the standings at the end of the season will be irrelevant.

It would not be surprising to most basketball fans if the Thunder and Spurs meet again in the Conference Finals.

Gianelli said that he thinks the Grizzlies or Warriros will come out of the Western Conference.

“Memphis has a great shot to get to the Finals and shouldn’t be overlooked,” he said. “I wouldn’t be surprised if the Warriors won the West, but I don’t know how they would defend Zach Randolph and Marc Gasol.”.