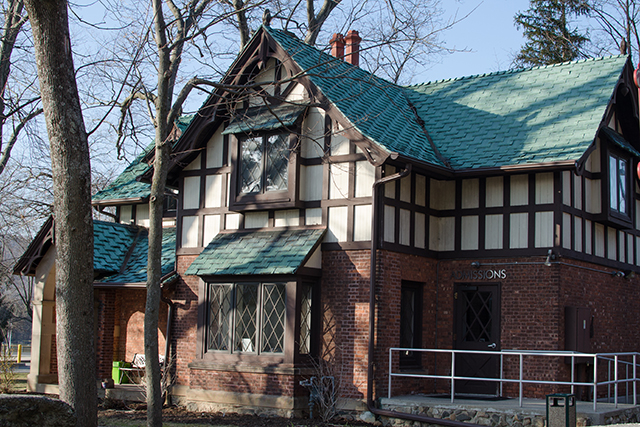 Last fall, Ramapo welcomed its largest ever freshman class, with a head count of 980 students. Now, according to a recent report conducted and issued by Eduventures, a research and advisory firm that focuses on higher education, Ramapo College has met and exceeded their expectations in retention of first-year students.

The report was based on an analysis of more than 1,100 institutions in the United States for the 2014-15 school year. The report compared predicted retention rates based on academics, affordability and social factors with the actual retention rates.

Ramapo was listed on the website as a “moderate over-performer,” which is the ranking given to colleges with retention rates that are slightly higher than average. This was based on Ramapo’s actual retention rate of 87 percent, compared to the predicted rate of 83 percent.

"The ranking demonstrates that Ramapo delivers on the promise we make to students when we are recruiting," said Chris Romano, the vice president of Enrollment Management and Student Affairs, in an email. "Retention rates are an indicator of how students value their overall college experience, from academics, extracurricular activities, residential life and other factors. The ranking reinforces the value our students place on their experience at Ramapo."

Ramapo has an average student to faculty ratio of 18:1, with the average class size coming in at 23 students, according to a press release by Ramapo.

“We have several initiatives and programs designed to improve retention,” said Romano. “We have mandatory advisement for all first-year students before they register in the spring. The holds placed on students’ accounts provide the opportunity for first-year students to connect with their advisor to discuss more than just class schedule. It provides an opportunity to reflect on their first-year experience and to determine a plan of action for the second year and beyond.”

“Additionally, the College’s usage of the Connect system has been very positive. With this system, students are able to readily identify their Success Network in one location and receive direct feedback from their instructors,” he said. “It has helped to increase the actions taken by students when they receive notices that they are struggling academically in a particular course for a myriad of reasons.”

When asked about why they chose to remain at Ramapo, as opposed to transferring, students listed reasons like the campus, the clubs, the effective academic programs and the campus atmosphere.

“I’ve made really good friends here, and I’m heavily involved with different clubs and organizations, like RASA and SGA. It’s kind of like my home. Also, I like the academics, but the extracurricular activities don’t hurt either,” said freshman Erin McKenna.

Adrianna Rosado had a similar reason as to why she did not opt to transfer.

“The environment is just so welcoming and friendly. It made me feel like I was at home,” she said.

Christina Horuzy said that she stayed because of Ramapo’s class sizes.

“The classes are so small and my first year seminar class was the closest thing I’ve had to a lecture,” Horuzy said. “We have good programs here where I can get my teaching certificate. Plus, the campus is so small I can walk across it in about 10 minutes.”

Katie Strang feels that Ramapo exceeded its retention rates because of its campus, classes and on-campus activities.

“I loved the campus, friends I made here, the classes are great and the extra activities on campus are fun. I think we exceeded our retention rate because we hear about other schools and we see that Ramapo is better than any of the others,” Strang said.

Another student, Andrew Lepselter, has continued his education at Ramapo because of the effectiveness of his program.

“I was particularly impressed with their Contemporary Arts program because it seemed that a lot of the programs within it seemed to combine with one another and work together seamlessly,” he said.

Julianna Herman has also continued her education at Ramapo because of the positive academic atmosphere of Ramapo, among other reasons.

“I felt like I was getting a quality education,” said Herman. “I was challenged by academics in the best possible way and met a great bunch of people with similar interests. I have no complaints about the school itself and I enjoy the club and the classes available on campus.”