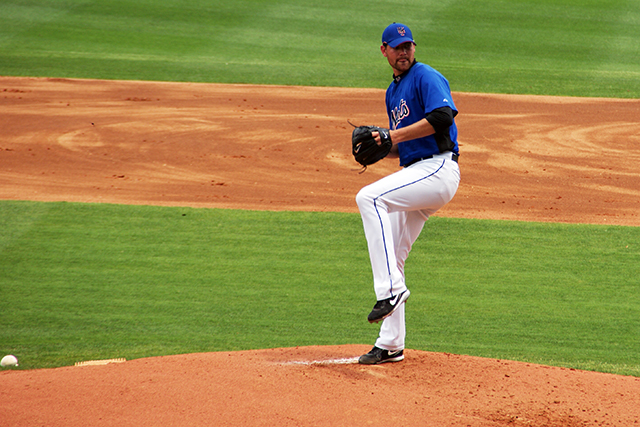 The weather is starting to get cooler, which means the MLB postseason race is heating up.

New York baseball is the big story in September, as the Mets are looking to make their first playoff appearance since 2006, while the Yankees currently hold a three-game lead for the top spot in the American League Wild Card race. Each team, however, faces problems heading into the final games of the regular season.

The woeful New York Mets of old, that loyal fans are used to, are no more. The Mets (83-63) are rejuvenated this season, dramatically making a statement with each win that they are not the team to mess with heading into the postseason. They currently lead the National League East by 7 1/2 games over the Washington Nationals and are on the verge of winning the division for the first time in nine years.

The one question that is hovering over the Mets heading into the postseason, however, is how starting pitcher Matt Harvey will be used and how he will produce, being that he is only allotted 60 pitches each start. Harvey, who missed all of last season after having Tommy John surgery, has been great for the Mets, posting a 12-7 record with a 2.88 ERA and 164 strikeouts.

“It hurt learning that Harvey couldn’t pitch 7, 8 inning games that the fans are used to seeing,” said George Hunkele, a junior. “I guess he’ll just have to make the best of the 60 pitches he can throw.”

The Mets bullpen will have to pick up the slack, as Harvey will not be allowed to go the distance. The bullpen, other than recent pickup Tyler Clippard and Jeurys Familia, has been sketchy this season. The main issue going into the postseason is if the Mets bullpen can produce when they are needed the most.

However, Mets fans are optimistic that their team can make a name for themselves this postseason.

“This is the year, baby,” said Jimbo Long, a business management major. “If [Yoenis] Cespedes and the rest of the team keep producing runs the way they are, I think they have a real chance at the World Series.”

Moving a few boroughs over, the New York Yankees (80-65) had an abysmal series against the division-leading Toronto Blue Jays. Losing three of the four games, the Yankees are now three games behind the Blue Jays. However, they still hold the first Wild Card spot by three games.

The Yankees dropped the ball against the Blue Jays with awful pitching from the bullpen and mental errors that would cost them games.

“They just don’t seem like themselves,” said Tom Bonacum, a business management major at Ramapo. “A team needs to have an identity at this stage of the game and the Yankees still seem lost.”

While the Yankees may seem lost in the final leg of the season, fans are still optimistic, as the Yankees tend to be a different team when October comes around.

“I can’t see the Yanks not giving their all this postseason,” said junior Brandon Kurtzman. “They are facing some good teams, but like the Giants last year, any team can make a great postseason run. So don’t count the Yanks out just yet.”

If the season ended today, the Mets would play the Los Angeles Dodgers in the National League Division Series, and the Yankees would have to play in the American League Wild Card game against the Texas Rangers at home.