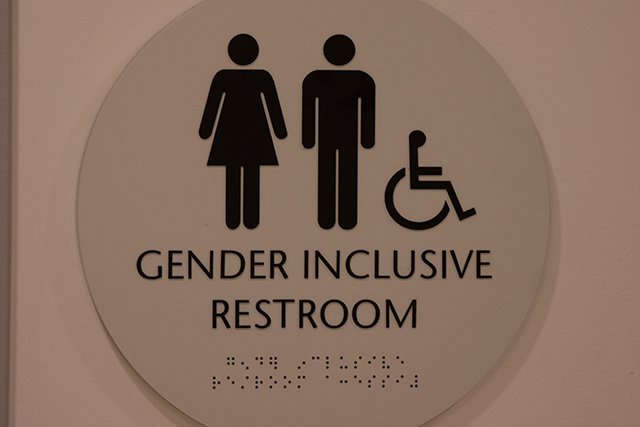 The introduction of the gender neutral restrooms comes in the midst of a more prevalent public awareness of LGBT issues, especially transgender issues.

President Peter Mercer first announced the project during a State of the College address early in the Fall 2014 semester. While the construction was aimed to be finished this past April, the unveiling of both the Nursing Center and the bathrooms were pushed back to this semester.

“This is certainly a step in the right direction,” said junior Emily Hutton, who was the vice president of GEAR, now known as Gender Equality at Ramapo, for the 2014-2015 academic year. “Ramapo is already one of the most liberal colleges in the state, so it’s about time we catered to the needs of everyone that makes our campus what it is.”

The single-person bathrooms are open to all individuals. The need for gender neutral bathrooms is in line with President Mercer’s priority to keep Ramapo LGBT-friendly.

The opening of inclusive restrooms on campus parallels the national awareness of transgender issues. Public figures such as transgender actress Laverne Cox have been making waves with their public advocacy in support of the transgender community, including by spreading awareness about violence committed in public restrooms against people who identify as transgender. Recent stories include that of Colorado first-grader Coy Mathis, who was banned from using her school’s public bathroom on the basis of her gender.

“I’m much more concerned with the needs of people than the comfort of others,” continued Hutton. “Hopefully with the opening of these two restrooms, we can start to open more across campus for a more inclusive campus.”