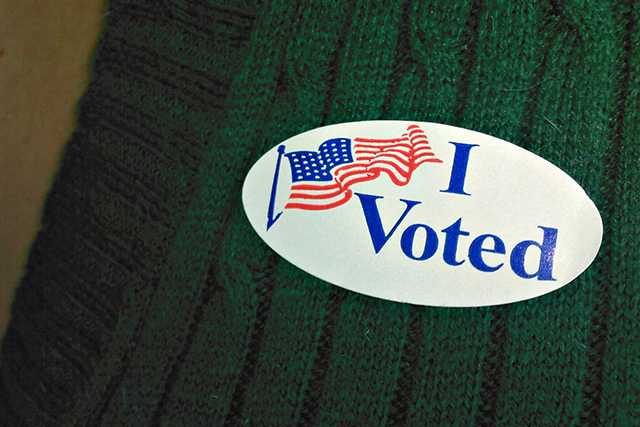 On a recent reporting assignment, I went around asking Ramapo students if they had watched the Oct. 13 CNN Democratic presidential debate and what their opinion on it was if they had one. I was somewhat surprised to find that very few of the nearly 100 students I approached had watched the debate, since it had aired only the night before. What frustrated me, however, was the attitude of many of the students I talked to – smirks, condescending chuckles and the comment of “I don’t care about politics” were some common responses.

It was disheartening to see that, not only did so many students not care about politics, but also that some even seemed proud of their apathy, scoffing at the idea that they would ever bother to pay attention to what’s going on in their government. More people, especially educated college students of voting age, should be concerned about the political issues that affect us all, and no one should feel as though they are “above” discussing politics, or that political discourse is a waste of their time.

Political apathy is a nationwide problem, and is even more of a problem among young adults than it is among their older counterparts. According to an analysis by the Center for Information & Research on Civic Learning and Engagement, only 45 percent of people aged 18- 29 voted in the last presidential election, compared with 60 percent of people aged 30-44, 68 percent aged 45-65 and 72 percent aged 65 or older.

Not only did the youngest age group have the lowest voter turnout, it also had the greatest decrease in voter turnout than any of the other age groups. Voter turnout for those aged 18-29 decreased by 6 percent points between the 2008 and 2012 elections, compared with a 2 percent-point drop in voters aged 30-44 and a 1 percent-point drop in the 45-65 age group. Voter turnout for those aged 65 or older increased by 2 percent points between 2008 and 2012. This is a problem because it means that the opinions and ideologies of the younger generation – the newest generation of adults who will come to shape the world we live in – are not being sufficiently represented.

Even worse is the fact that the least represented age group of voters tends to have more progressive views than older generations, which cannot be translated into action and change without political representation.

Younger people may say that they care about the environment, or that they want equal rights for those who are discriminated against on the basis of their sexual orientation, but without involving themselves in politics and being at least somewhat aware of the political climate in the United States, they cannot bring their compassionate viewpoints and wishes for society into fruition any time soon.

It is easy for those whose lives and well-being are not directly affected by politics and legislation to believe they are too good to dedicate some of their time to watching debates, educating themselves and going out to vote, a luxury not afforded to those whose human rights, civil rights, reproductive rights, etc. are always on the line. Anyone who has compassion for other people, or who wants what’s best for society, must realize that the field of politics is not just a hobby or a special interest that only concerns a certain kind of person – it is one of their biggest opportunities to help others, make an impact and make their nation a better place to live for themselves and for generations to come.

College students should step up, be aware, register to vote, and be able to say that they do care – at least a little – about politics.