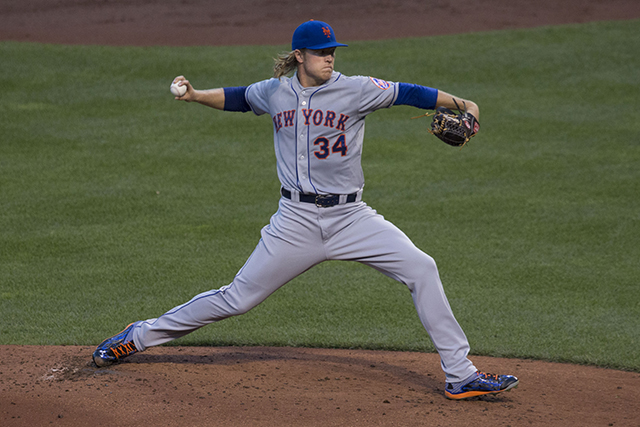 For the first time since 2000, the New York Mets are in the World Series, after sweeping the Chicago Cubs in the NLCS.

“When I watched the last pitch get called a strike I was very excited and I jumped so high out of my seat. I was watching the game with a lot of my friends and we were all amped up. I have never been happier to be a fan of the New York Mets,” said Ramapo College sophomore Michael DiGirolamo.

The Cubs never gained the lead once for the entire series.

Daniel Murphy homered in all four games for the Mets to extend his consecutive homerun streak to six games, setting an MLB postseason record. He was awarded the NLCS MVP, hitting .529 for the series with four home runs and six RBIs. Murphy has seven homers and has hit safely in all 10 postseason games.

The Mets are facing back-to-back American League Champion Kansas City Royals, who fell in the World Series to the San Francisco Giants last year. The last time the Royals won it all was in 1985, while the last time the Mets took home the hardware was the following year, 1986.

The Royals have an above average rotation with a pretty strong bullpen. The lineup does not flaunt any big names, but owns multiple quality bats and players that know how to get the job done in the playoffs. The Royals have the experience over the Mets from last season’s playoff run, so we will see if the World Series jitters affect the Mets at all.

In Game 1. Alcides Escobar opened up the scoreboard on the first pitch of the bottom of the first inning with an inside-the-park home run. After the Mets tacked on three runs, Royals third baseman Mike Moustakas tied it up with a two-run home run.

In the top of the eighth, Royals first baseman Eric Hosmer committed an error which gave the Mets the 4-3 lead, but Alex Gordon tied it up with a solo shot in the bottom of the ninth. It was Mets closer Jeurys Familia’s first earned run of the postseason.

After both teams exchanged scoreless innings, the Royals played small ball and won the game on a sacrifice fly by Hosmer.

In Game 2, the Mets opened the scoreboard with a Lucas Duda RBI single in the top of the fourth, but deGrom proved he is human by letting up four runs in the bottom of the sixth inning.

The Royals would score three more runs in the bottom of the eighth and win the game 7-1.

The series moves to Queens on Saturday night, where Noah Syndergaard and Yordano Ventura will take the bump at Citi Field in Game 3.