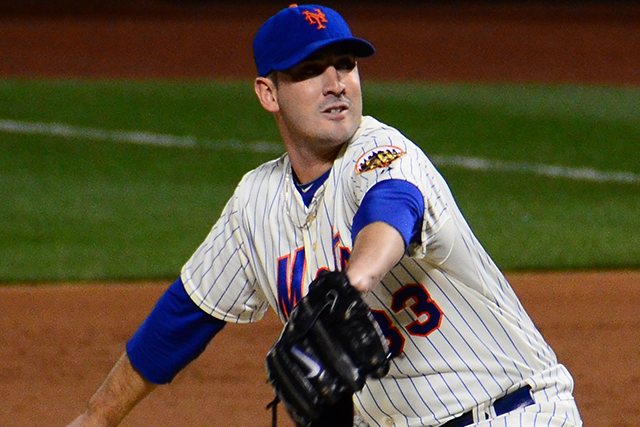 Baseball season is right around the corner, as the New York Yankees and Mets pitchers and catchers report to spring training on Thursday.

The contrast between the two pitching staffs could not be starker. The Mets feature young up-and-coming starters like Noah Syndergaard and Jacob deGrom along with proven ace Matt Harvey. The rest of the rotation is rounded out by other young arm Steven Matz and veteran Bartolo Colon, although he will likely go to the bullpen when Zack Wheeler – currently recovering from Tommy John surgery – returns in early July.

Overall, the Mets starting rotation features three first-round selections, one second-round pick and a ninth-round pick. Their oldest pitcher other than Colon is 27. The Mets starting pitching is undoubtedly the strength of the team and the reason why they managed to reach the World Series last season.

Mets fans like Brendan Hulmes know how talented the starting rotation is and are looking forward to watching them play in 2016.

“They have the hardest throwing starters in the league, and the bullpen as a whole is deeper than last season,” he said.

The Yankees starting rotation enters this season with question marks at literally every spot. Masahiro Tanaka is recovering from offseason elbow surgery and while he has put up good numbers, it seems it is just a matter of time until he will eventually need Tommy John surgery for his fragile elbow. Michael Pineda is young and talented, yet he is injury-prone and inconsistent, having yet to throw for 200 innings in his career.

Nathan Eovaldi is solid yet unspectacular. Luis Severino is an excellent young prospect from the Dominican Republic, who pitched exceptionally well last season but in only 62 innings, so the jury is still out on whether he can perform that well for an entire season. Finally, the fifth spot in the rotation will be battled out in spring training between CC Sabathia and Ivan Nova. Sabathia has been awful his last two seasons and is coming off a stint in rehab this past offseason for alcohol abuse, while Nova missed the first half last season recovering from Tommy John surgery and did not perform well in the second half.

Clearly, the Yankees starting rotation leaves a lot to be desired. With this in mind, general manager Brian Cashman went out and acquired closer Aroldis Chapman from the Cincinnati Reds, who will join Dellin Betances and Andrew Miller to round out arguably the best bullpen in baseball. The Yankees are hoping this bullpen will allow them to essentially shorten the game to six innings, taking the pressure off of their starters, a strategy already employed by the World Series champion Kansas City Royals.

Yankees fans at Ramapo are cautiously optimistic about the potential of the pitching staff as a whole. “The bullpen really has to step up this year if the Yankees want to be successful,” said freshman Chase Bienert. “The offense was there last year but the pitching was always one of our weak links.”

On paper, the Mets clearly have one of the best rotations in the game, but the Yankees rotation has a chance to be solid and allow them to win games, although the starting pitching will seldom be the reason why they win games, whereas it will be for the Mets. The hope for the Yankees is that it will be good enough to hand the game over to the bullpen with the lead around the sixth or seventh inning. The Mets, meanwhile, will be looking to ride their young arms deep into games as the bullpen is unspectacular and leaves a bit to be desired. Both strategies have a chance to work out well for both clubs, but fans won’t know for sure until a good month or two into the season.