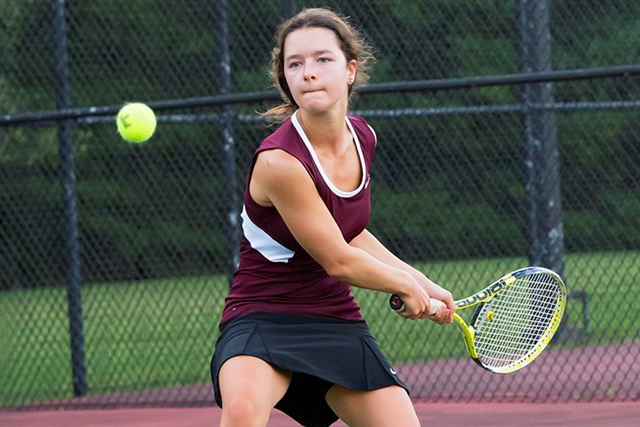 After being beaten by TCNJ 9-0 in the first match of the season, the Ramapo women’s tennis team has won its last two matches, its most recent one being a 6-3 victory over William Paterson University.

The lady Roadrunners are now 2-1 overall and 1-1 in the NJAC.

Last season, the Roadrunners went 13-5 and finished 5-1 in the conference.

During the fall season, Ramapo finished with an overall record of 13-1.

Their four losses over the spring all came at the Spring Fest Tennis Tournament in Hilton Head, South Carolina against Dickinson College (9-0), Agnes Scott College (7-2), St. Mary’s College of Maryland (6-3) and Concordia University (6-1).

Sophomore Emily Biunno was the leader of the pack, as she won both of her matches of the day.

The sophomore paired up with freshman Abbey Tremonte and won their doubles matchup by a score of 8-5.

Biunno also competed in a singles match, where she beat her TCNJ opponent, Kaworu Ishikawa. She lost the first set, but came back to win the next two (2-6, 6-4, 10-5).

Last year, she was named an NJAC Rookie of the Week, and she also posted an 8-3 record in singles matches.

In doubles matches, the then-freshman went 14-4.

Freshman Megha Mehta also helped lead the Roadrunners to victory, as she also went 2-0 in both of her matches.

She and fellow freshman, Britanny Metzlaff, posted an 8-3 win in their doubles match.

The lady Roadrunners will be back in action this weekend with two more home matches – one on Friday at 4:00 p.m. against Rutgers-Newark, and again on Saturday at noon when they will take on Rutgers-Camden.

They will round out the weekend competiton on the road as they will take on Bard College in Annandale-on-Hudson, New York at noon.rmorik@ramapo.edu