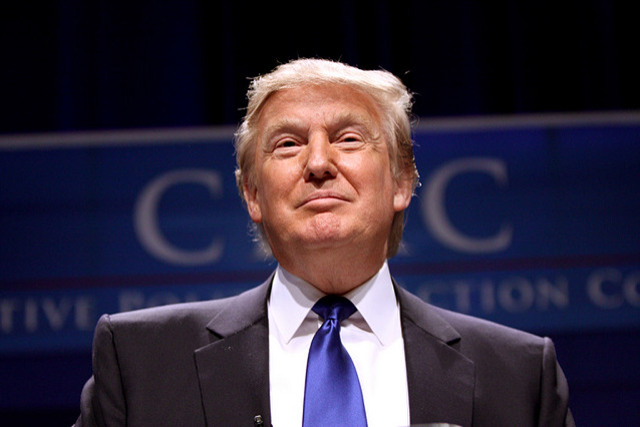 Although he wasn’t my first choice for President, Donald Trump managed to clinch the Republican Party’s nomination by a relatively wide margin. I disagree with Trump’s stances on multiple issues, but his foreign policy plans mainly align with the core standards of the GOP. A facet of Trump’s foreign policy plan that I wholeheartedly support is his proposed emphasis on cybersecurity and cyberwarfare. In today’s age, cyberattacks are becoming ever more prevalent, both from within and outside the country. Our government and military need to have a strong network of computer experts who are prepared to deal with cyber related threats and to build a strong firewall to protect against these threats. It is ridiculous how easy it is for other countries to hack into secured servers and obtain classified documents.

Speaking of other countries, having positive relations with Cuba, Russia and China are essential for maintaining the safety and economic stability of our country. China is an important ally for America to have: China not only has a dominant world economy, but also has the largest standing army in the world. However, our country cannot afford to add any more to our trade deficit with China. While Hillary Clinton has a history of supporting trade deals that tipped the scales in China’s favor, Trump’s trade plans with China would encourage companies to manufacture in the U.S. instead of outsourcing to China. Trump’s plan to implement a higher import tax on goods coming in from China will decrease our trade deficit while bringing jobs back to the U.S.

I also agree with Trump’s current plan to, if elected, reverse President Obama’s executive order detailing new diplomatic relations with Cuba. While I don’t believe making an enemy of Cuba would benefit the U.S. in any way, I cannot fathom our country benefitting from the one-sided deal Obama signed into action. Trump’s assertion that we should only trade with Cuba if they guarantee religious and political freedom for Cuban people is representative of the conservative ideals of the Republican Party and classic Wilsonian values. Why should America become entwined with a country that lacks such basic human rights? The trade benefits don’t justify America becoming aligned with Cuba.

The consequences of poor foreign policy would be disastrous not only for America, but for the entire world. Particularly in regards with foreign policy in the Middle East, this election will be crucial in determining whether ISIS will be destroyed or continue to constitute a grave threat to the world. Trump is correct about the fact that defeating ISIS will need to be a joint effort with our allies in the Middle East. I also believe that the American military needs to be rebuilt and should be the strongest in the world. With the current state our military is in, we do not inspire fear in our enemies; rather, we are viewed as an easy target, with leaders who make rash political decisions that have only led to the rise of terrorism in the Middle East. The Republican Party may not currently be united behind our presidential candidate, but we overwhelmingly agree on the fact that American military dominance is the only way to defeat radicalized terrorism, and this dominance starts with an inclusive, America-first foreign policy plan.