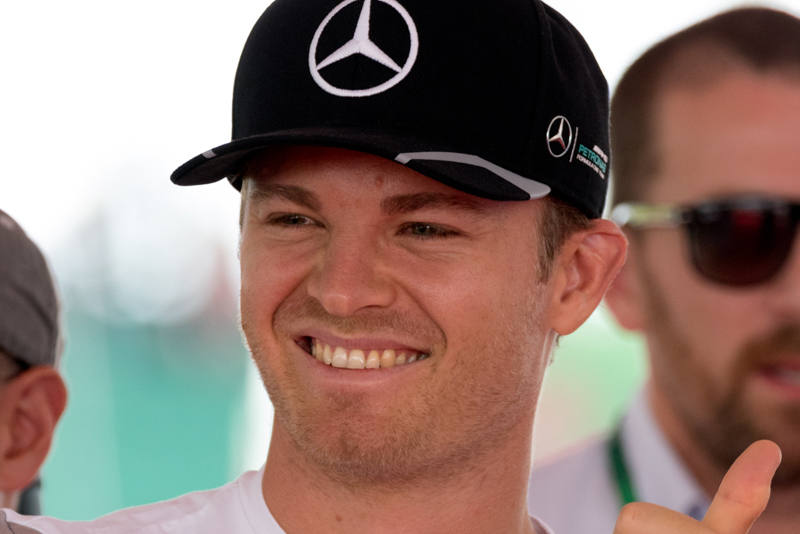 The Formula One World Championship traveled to Suzuka Circuit in Japan this past Sunday, and Nico Rosberg took home the victory.

The race did not disappoint. Rosberg entered the event with a 23-point lead in the standings over Briton Lewis Hamilton. The Mercedes-Benz teammates started on the front row of the grid; however, on the initial start, Hamilton slipped back, allowing young Dutchman Max Verstappen to secure second place in the early going. Driving for the Force India racing team, Mexican Sergio Perez ran a steady third in the race’s initial stages, as Hamilton methodically made his way through the running order. By Lap 12, Hamilton had advanced to the fifth position, and 12 laps later, the driver of the No. 44 Mercedes entry was running a solid fourth.

By the halfway point of the race, not much had changed among the lead cars – Rosberg continued to set the pace with Verstappen in hot pursuit, driving the Team Red Bull No. 33 automobile. However, a battle ensued between Kimi Raikkonen, the popular F1 driver from Finland, and Australian Daniel Ricciardo, who had won the previous week’s Malaysian Grand Prix to end a two-year winless streak. At this same time in the race, Raikkonen drove the fastest lap thus far in his No. 7 Ferrari, 136 miles per hour. Although the race was run smoothly and without incident, Rosberg relinquished the lead to Sebastian Vettel during a cycle of pit stops. Vettel, however, was not alone at the front of the field, as he was dogged by a desperate Hamilton. On the 36th lap of the race, Rosberg was once again in control as he quickly extended his lead to 5.5 seconds over challenger Max Verstappen. Meanwhile, Hamilton had moved up to third at this point in the race, ready to challenge Verstappen for the runner-up spot.

With fewer than 10 laps remaining, the order was much the same as it had been for a considerable stretch of the race, with Rosberg in the lead and Verstappen second. As the drivers headed into the home stretch, Hamilton succeeded in passing Verstappen but found himself pushed off course, foiling the Englishman’s bid for victory. Rosberg capitalized on his teammate’s misfortune, scoring his first-ever Japanese Grand Prix win and extending his points lead from 23 to 33 points over Hamilton, who continues to hold down second in the World Drivers’ Championship. While the drivers’ championship is yet to be decided, Rosberg’s latest triumph secured Mercedes-Benz their third consecutive Constructors’ Championship, awarded to the racing team with the best overall performance during the F1 season.