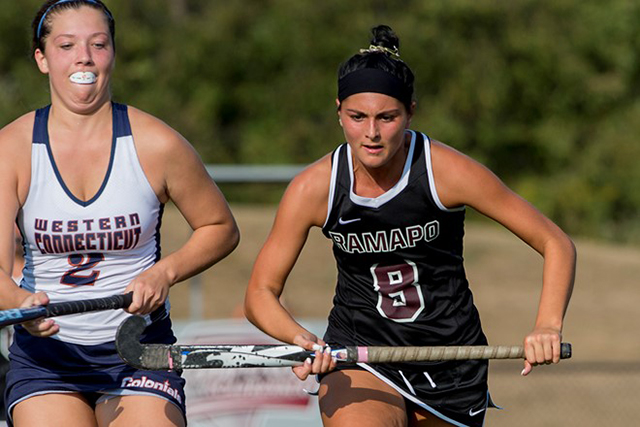 The Ramapo field hockey team looked to get back in the win column for the first time in six games when they played a home non-conference game against Neumann University. Unfortunately, the Roadrunners went on to lose in heartbreaking fashion by a score of 2-1.

Second-year forward Meghan Thorn provided the assist on the scoring play. It seemed as if the Roadrunners had a shot to win this game until the 54th minute when second-year midfielder Noelle Durham scored the eventual game-winning goal, which was her first of the year. The assist on the play came from senior forward Jessica Harrell.

Neumann outshot the Roadrunners 14-4 overall, and had the 11-1 advantage in the shots on goal department.

Third year-goalie and first-year captain Emily Wisneski made eight saves in goal while her Neumann counterpart, rookie goalie Caitlyn Johnson, did not a record a save in the entire game.

With the loss, the Roadrunners drop to 2-7 overall while Neumann University improves to 8-5 overall.

Mouskourie said that she was really hungry to score since she knew that the Roadrunners have talent and potential.

“I really just wanted to score, because I know this team has potential, and we all have talent, and I just want us to get excited and win this game, and just want to score because every time we score, we always get excited; we always get pumped up, and I want it to follow through to our team,” said Mouskourie.

The Roadrunners were originally supposed to have a non-conference home game today against Bryn Mawr at 3:30 p.m., but it was cancelled. As a result, the Roadrunners’ next game will be against No. 11 The College of New Jersey, which will prove to be a very difficult game.