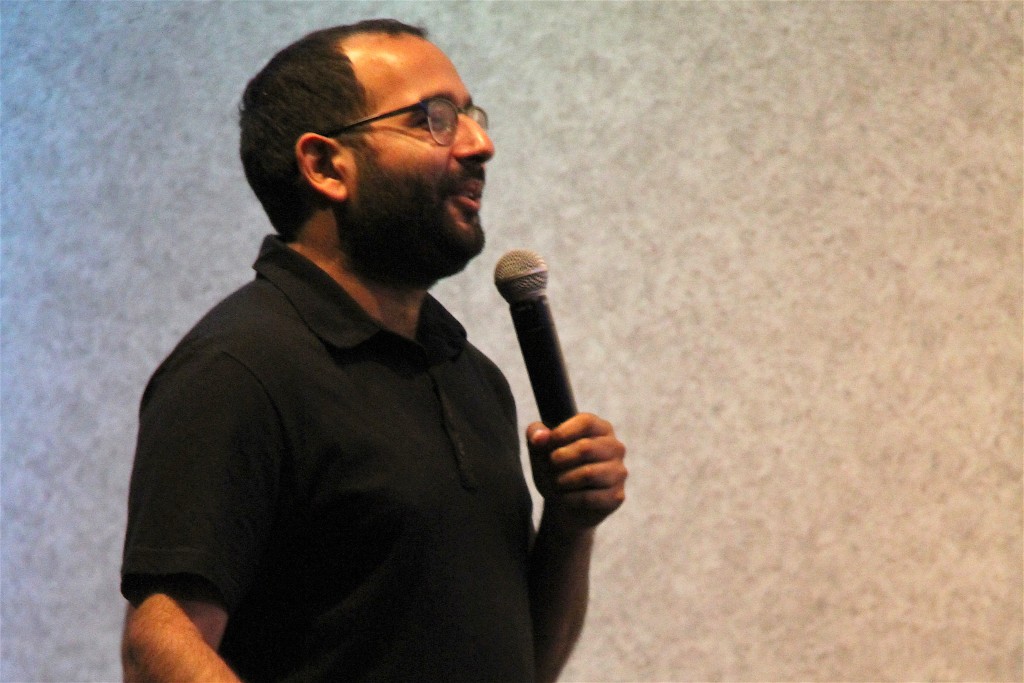 Opening with blaring rock music and featuring an array of catering options, including chicken wings and penne vodka, the most recent edition of Ramapo’s Tuesday Night Live event series had the atmosphere of a party.

Those in attendance got to enjoy fun and approachable improv comedy alongside the raunchy and perhaps controversial standup material of comedian Omid Singh.

“I’m here to see my friend Eric and his improv group, Fooligans, who are opening for the event,” said Kyle Ferlita, a sophomore. “Normally, they take student acts and have them open for more well-known acts at events.”

Incorporating ideas suggested by the audience throughout their set, the Fooligans’ performance was highly interactive. The set held a sense of childish and innocent sense of humor about it, with the group seemingly taking care to cater to audiences of all ages and dispositions.

“It’s very approachable and appropriate,” said Collin Brence, a senior. “Knowing their brand of humor is definitely one of their strengths.”

But if approachability was the strength of The Fooligans, the strength of Omid Singh’s standup is his complete disregard for the audience. Singh spared no time diving right into controversial – and perhaps taboo – subjects that no one in the audience seemed entirely prepared for. His act, nonetheless, gave an interesting look into the daily life and perspective of a comedian coming from an Indian and Iranian ethnic background.

Singh’s set was almost as interactive as the Fooligans', although given how sensitive the topics discussed he were, his approach lead to mixed results. Nothing was off limits, from racial tensions for people of Middle Eastern descent to sex trafficking and the current presidential election.

Although some of the audience did not take to his brand of humor, a good portion of the crowd greatly enjoyed it and, at some points, shot back at him with jokes of their own, creating a fun atmosphere for those brave enough to participate.

The latest TNL was a showcase of two very different brands of comedy, each with their own unique flavor and talents to bring to the table.