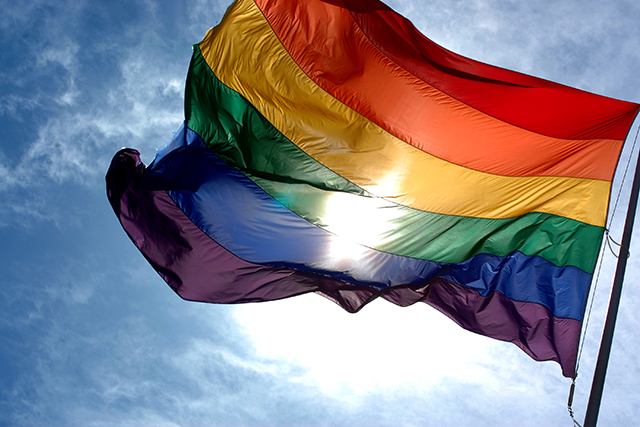 Coming out as a member of the LGBTQ+ community was the topic of conversation at a Women’s Center discussion held in the Alumni Lounges last Tuesday, as part of the Center’s recognition and celebration of Coming Out Day.

The Queer Peer Services Coordinator of the Women’s Center, sophomore Kez St. Louis, presided over the event. After introducing himself and inviting attendees to do so as well, St. Louis opened the discussion with a reminder.

“For Coming Out Day, it’s not necessary to come out,” St. Louis said. “It’s totally normal for people to think of this as a totally cringey day.”

The coordinator, who identified himself as transgender at the beginning of the conversation, then explained the importance of respecting friends’ privacy.

“If you know someone is LGBTQ in any way, shape or form, you just don’t take that information and run with it. There are safety issues,” St. Louis said. He then opened the floor to attendees, who spoke about what coming out means to them.

“Coming out, to me, is a person releasing their inhibitions. They’re showing their strength to the world,” said Peter Echevarria, a freshman.

St. Louis explained the four stages of coming out, listing them in order as, “Coming out to yourself, coming out to others, having others come out to you and living as yourself.”

Student Amanda Abere spoke during the portion of the discussion devoted to the first stage.

“Coming out to yourself means being okay with who you are in your heart and your head,” Abere said.

Another student, sophomore Juliette McLean, attended the event as an ally in order to support her friends in the LGBTQ+ community. McLean feels she is not active enough in promoting LGBTQ+ rights.

“I’m not comfortable calling myself an ally, but I want to get there,” said McLean, who wants to do more in order to support and help her friends and others.

­Echevarria brought up his uncle, whom he views as a role model.

“My uncle came out to his parents at a very young age ­­– 13, I think. And it was scary for him,” said Echevarria. “I can’t believe how it must have felt to come out to my grandparents, because they’re old school.” According to Echevarria, his uncle is now an exceptionally successful businessman.

St. Louis seemed successful in maintaining a safe and comforting atmosphere within the meeting room, thanks largely in part to a light-hearted sense of humor, which kept the atmosphere comfortable even as dark subjects were discussed.

St. Louis delivered his own take on the final stage, living as yourself.

“For me, [it's] living without a filter. I don’t want to filter myself,” St. Louis said. “People saying, ‘I don’t agree with your lifestyle.’ It’s like saying you don’t agree with math. It’s real. Whether you agree with it or not, it’s still there.”

The meeting ended on a thoughtful note, as the Women’s Center coordinator concluded by saying, “In terms of reflection, this can be an awkward day for some, and really important for others.”

“Being gay isn’t a choice. Coming out is,” St. Louis said.