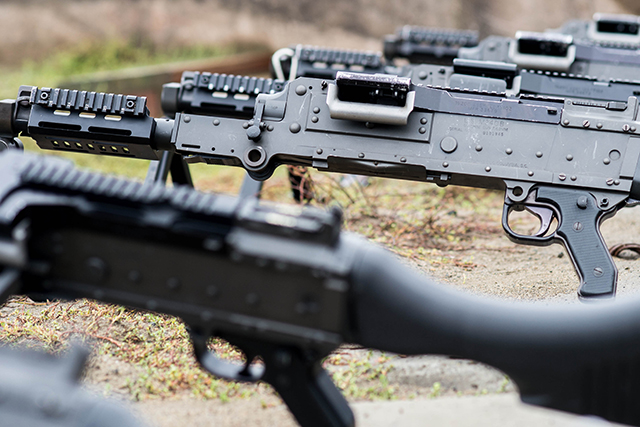 The Second Amendment to the US Constitution states that “A well-regulated militia, being necessary to the security of a free state, the right of the people to bear arms, shall not be infringed.”  These 26 words have been interpreted by the two political parties in very different ways.  A reading of the Democratic and Republican Parties’ platform positions clearly demonstrates this.

The Republican platform supports the 2008 Supreme Court ruling in the District of Columbia vs. Heller.  This was a historic ruling because it marked the first time the Supreme Court gave a definitive answer on individual rights and gun ownership by affirming that the Second Amendment gives the individual a right to possess a firearm, irrespective of membership in a militia. The Heller ruling was strengthened further in the 2016 ruling of Caetano vs. Massachusetts that stated that “the Second Amendment extends, prima facie, to all instruments that constitute bearable arms, even those that were not in existence at the time of the founding.”

There is something important to recognize in the Heller case: Justice Antonin Scalia, in writing for the majority opinion, stated that “like most rights, the Second Amendment is not unlimited.  It is not a right to keep and carry any weapons whatsoever in any manner whatsoever and for whatever purpose…the Court’s position should not be taken to cast doubt on longstanding prohibitions on the possession of firearms by felons and mentally ill, or laws forbidding the carry of firearms in sensitive places such as schools and government buildings.”

This reasonable balance between protecting an individual’s right to possess a firearm with restrictions is the position of the Republican Party. Contrary to the scare tactics used by the Clinton campaign, the Republican Party understands that there can certainly be regulations with gun ownership. However, it first emphasizes the importance of individual freedoms on which this country was founded and that any laws limiting an individual’s freedom must not be taken lightly.  The piling on of regulations, by their very nature, inhibits rights.

Furthermore, Heller clearly acknowledges the balance between the right to bear arms and regulations.  The fact is that Ms. Clinton, if elected,  will appoint justices to the Supreme Court that will overturn the Heller ruling. And who knows what other pesky constitutional rights might also have to be looked at?  After all, as she said in the interview, every constitutional right is subject to regulation. We cannot risk electing an individual whose knee jerk response to a constitutional right is to immediately speak of regulating our freedom.  Using a phrase once uttered by Justice Scalia in dissenting a majority ruling of his Supreme Court colleagues, Clinton’s instinct to regulate our rights first is “pure applesauce.”