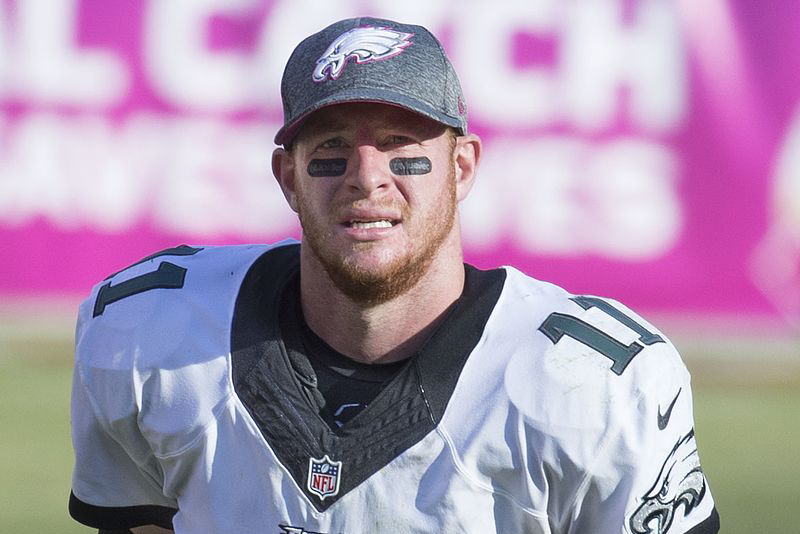 With a combined 8-3 record, rookie quarterbacks Dak Prescott and Carson Wentz have both made winning in the NFL look relatively easy. From Week 1 through Week 4, neither quarterback committed a single turnover and had both of their teams well above .500.

When Prescott was drafted in the fourth round, there was not much expected from him. That was until backup quarterback Kellen Moore suffered a broken ankle in training camp. Soon after, Tony Romo broke a bone in his back during the team’s third preseason game. Before anyone knew it, Prescott was taking snaps under center in the first game of the season against the New York Giants. Even though the team lost, Prescott showed great poise and that carried over into their Week 2 victory at Washington. With wins against the Bears, 49ers, Bengals and Packers, the Cowboys record improved to an impressive 5-1 record that put them in sole possession of first place in the NFC East. Prescott’s success is also because of the outstanding supporting cast he has around him.

The best offensive line in the NFL resides in Dallas, Texas. Knowing that, head coach Jason Garrett and offensive coordinator Scott Linehan are always looking to run the ball down their opponents’ throats. Rookie running back Ezekiel Elliott has helped immensely in that department by leading the NFL in rushing. Veteran tight end Jason Witten stands as the unsung hero of the Dallas Cowboys. He is a great blocker and a reliable pass catcher (along with being a great route runner). Without Dez Bryant, wide receiver Cole Beasley has been picking up the slack. He has had 10 receptions for 108 yards and three touchdowns in his last two games. Beasley is dominating nickel corners and finding pay dirt.

Moving east, the Eagles seem to have found a gem in Wentz. In his first two starts, Wentz showed great poise in the pocket as he threw two touchdowns and zero interceptions in each game. What really helped him in these games was the pass protection and the awful defenses he was playing against the Bears and Browns. Many people were not sure what to expect from Wentz when he took the field against the dominant 2-0 Steelers, whose defense had been playing well. After a career-high 301-yard passing performance, Wentz silenced any critic of his “fluke” 2-0 start. His best play of the day game came early in the third quarter when he sidestepped a defender, scrambled to his right and found running back Darren Sproles who eventually ran 50 yards for a touchdown. A 34-3 victory helped the Eagles secure a 3-0 record going into the bye week. Even though the Eagles lost their next two games, Wentz played decent in both and has only thrown one interception this year. Next Sunday will be a huge test as he goes up against the No. 1 ranked defense in the NFL: the Minnesota Vikings.

The development from Prescott and Wentz continues to be successful as it seems both teams have found their quarterback of the future.