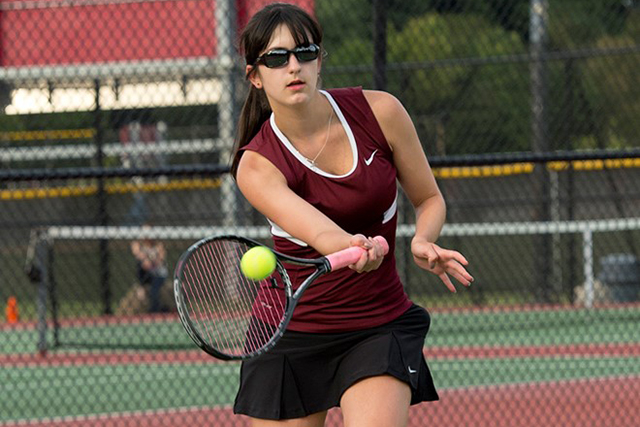 With the shutout victory, the Roadrunners improved and ended their season with a 6-4 record, which included a 3-3 record against NJAC opponents. Meanwhile Brooklyn falls to 3-10 on the season.

In the first singles match of the day, sophomore Emily Biunno breezed through her game with fellow sophomore Shannel Johnson (6-0, 6-0). Then in the second singles match, sophomore Abbey Tremonte took care of business in her game against senior Rebecca Solano (6-0, 6-1). After that, freshman Megha Mehta took home a victory against junior Fatma Serageldin in the third singles match (6-1, 6-0).

Then, the pairing of Tremonte and freshman Brittany Metzlaff defeated Serageldin and Abramov 8-0. Lastly, Bednarz and McKinney crushed the team of Ng and Hunt with a score of 8-0 in the final match of doubles competition.