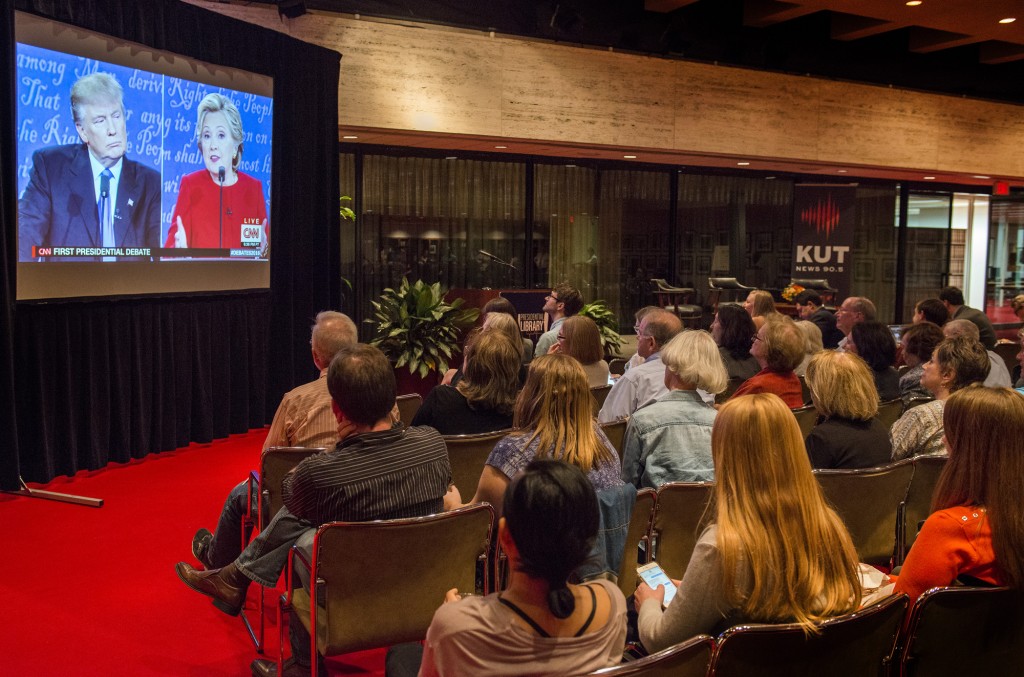 Donald Trump and Hillary Clinton faced off for the final presidential debate Wednesday night at the University of Nevada in Las Vegas. The debate was moderated by Chris Wallace of Fox News.

Clinton and Trump did not shake hands at the beginning of the debate as they have done in the past. Wallace started the debate with questions about the Supreme Court. Clinton stated that she wants a court that represents the American people by standing up for women and LGBTQ rights while also saying no to Citizens United. Trump, on the other hand, wants a conservative court that would push for protection of the Second Amendment while also overturning Roe v. Wade.

Trump opened the next segment of questions, regarding immigration, by stating, “We have no country when we have no borders.”

Clinton answered the issue of the economy by stating, “When the middle class thrives, America thrives.”

Clinton stated that she aims to invest in the American people by creating the biggest job program since World War II in infrastructure and energy. She also wants to raise minimum wage, help small business and tax the wealthy. Trump wants to lower taxes for all, especially corporations, in order to create jobs for the American people.

The debate then shifted to Trump’s tapes, the Clinton Foundation, the newly released WikiLeaks articles and videos about Democrats hiring people to incite violence at Trump rallies. Trump emphasized the mistake made by the FBI about the Clinton email scandal while Clinton empasized the need for voters to consider the crude language Trump has continually used when referring to women.

Trump also brought up how the Clinton Foundation accepts money from nations that suppress women and LGBTQ rights in their nation. This eventually lead to Clinton and the moderator asking Trump whether or not he would accept the results of the election.

“I will tell you at the time, I will keep you in suspense,” Trump answered.

The debate wrapped up with questions about foreign policy, national debt and entitlement programs. Both candidates have backed up their plans to defeat ISIS: Trump continues to push the idea that Aleppo has fallen from the last debate. Clinton’s policy imposes a no-fly zone, which questioned the possibility of starting a war, and also working with Muslim Americans to protect the homeland.

Trump wants to fix the national debt by bringing up the GDP, while Clinton wants to rebuild the middle class. The debate ended with a question on entitlement programs, which are 60 percent of the national budget and whether each candidate will risk increasing taxes to save them. Trump denied the claim by emphasizing his plan to grow the economy through repealing and replacing. Clinton explained that she would agree to raise taxes on the wealthy to put more money into the Social Security fund.

This was the final of three presidential debates between the two nominees. With only 20 days left until election day, voters now have time to think about and decide who they want to vote in as the next president of the United States.