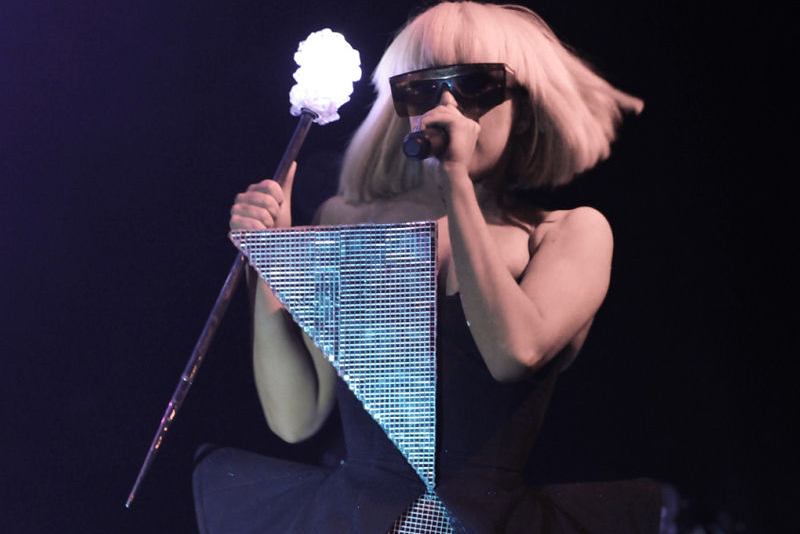 At this stage in Lady Gaga’s top-selling career as a pop icon and world-class performer, the one side listeners have not seen from the established pop mogul is her intimate side. On her fifth album, “Joanne,” Gaga trades meat dresses for cowboy hats, leather for denim and studs for cowboy spurs in a brave attempt to make her most personal effort yet. Aptly labeled as a Gaga album without makeup by critics, “Joanne” eschews the over-the-top fashion and effects that have permeated her music for so long in an effort to incorporate personal anecdotes and emotional stories, giving us a better sense of the real life Stefani Joanne Germanotta that fuels the Gaga persona. However, the stripped back nature of “Joanne” makes for Gaga’s most lackluster album to date, cleaning off the makeup to reveal little substance underneath.

Collaborating with producers such as Mark Ronson, Grimes collaborator BloodPop and Kevin Parker of Tame Impala among others, “Joanne” was set to become Gaga’s riskiest album to date. In a way, it still is much of a risk. With the mystique and allure that comes with a personality like Lady Gaga, the album’s sincerity is easily the most alien aspect to it. However, stripping away the added adornments to Gaga’s performance and art also rids her character of what makes her so provocative in the first place. The album’s most personal moments are found in the two most country ballads on the album, “Joanne” and “A Million Reasons,” but there is hardly any intimacy to the tracks. The later track is simply repetitive and boring, as Gaga utters the same “a million reasons” lyric for what feels like a million times over. The tracks do not show any of Gaga’s vulnerability, a side of her's that is begging to be showcased, and instead feels meticulously placed in order to give the illusion of reality.

In combining two of her greatest influences, the glitzy dance-pop Gaga used to create and the humble country edge of her new material, Gaga tends to bring out the worst qualities in both camps. When she isn’t donning a cowboy hat and acoustic guitar, Gaga’s pop sensibilities become overproduced. The album’s lead single “Perfect Illusion” features some of the album’s smartest songwriting, but becomes messy with grating guitars and an almost ironic final key change that actually hinders the song further. However, Gaga’s vocal performance on the album is one of her strongest yet, especially on the album’s quieter moments. The best songs on the album harken back to Gaga’s “The Fame” era of songwriting, such as on album opener “Diamond Heart.” The album highlight “John Wayne” encompasses the off-kilter swagger of Gaga’s earliest singles, making for Gaga’s most realistic moment on the album even on the album’s most pop-centric song.

The intersection of pop and country is not always this inconstant; take for example the country-pop stylings of Shania Twain, Taylor Swift’s “Red” or even Miley Cyrus’ “Bangerz.” Where these artists mixed country and pop as a genre and ultimately a career, “Joanne” comes off as a phase for Gaga, only lending to the album’s inauthenticity. Though Gaga had every chance to make “Joanne” her most daring to date, her team and the hype around it fall flat.

The album is not a complete loss, however, Gaga has still managed to redefine herself with every release of hers. So long as she can better integrate authenticity into her future albums, “Joanne” will still stand as one of her bravest achievements.