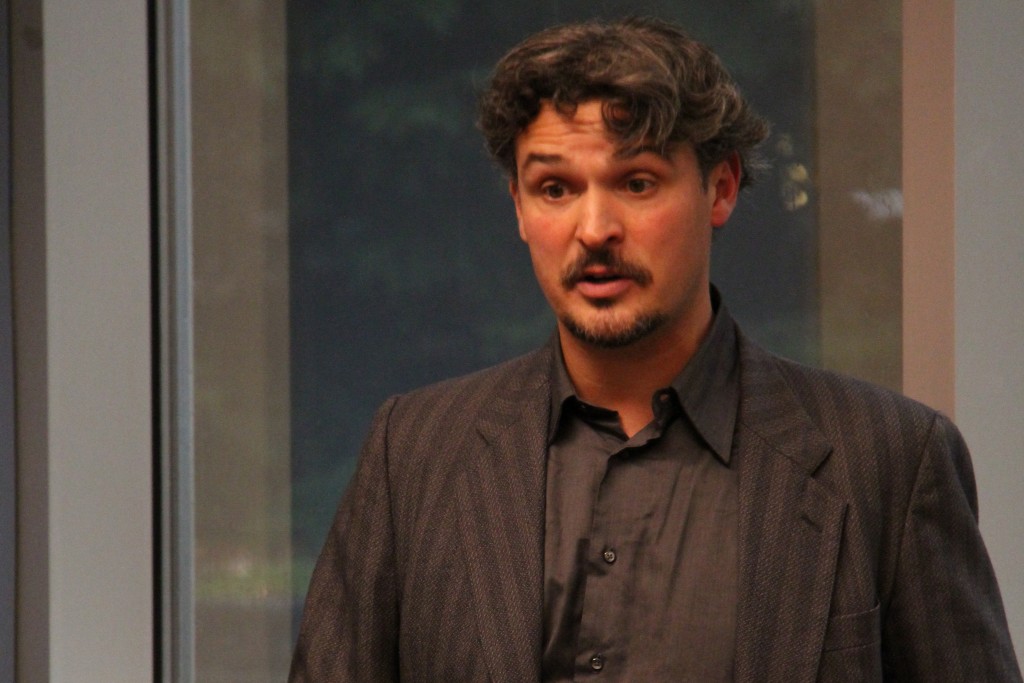 Federico Canaccini, visiting Professor at Princeton University, came to Ramapo College last Thursday to present a lecture on Women of the Middle Ages. The event, hosted by Ramapo’s Italian Club, was held in the Pavilion from 2-4 p.m.

The Italian Club provided Italian cuisine including pasta, chicken and salad. Attendees of the lecture included Italian Club members, students enrolled in Italian courses and various professors as well as others. Canaccini’s presentation included paintings depicting the history of medieval women and gave detailed insight into the lives of women during the 10th and 11th centuries.

Canaccini stressed the medieval emphasis on chastity, both in secular life as well as religious life. He also discussed the desire of women to become nuns; this allowed women to have some inkling of freedom. Through convents, women were given the opportunity to receive an education and were protected from the dangers of childbirth. Canaccini also argued the importance of women in the workforce. Medieval women’s domestic duties and occasional defense of cities during siege immensely helped their society at large. Another aspect of the female culture during the Middle Ages was their occasional label as witches. During rough times within their communities, unmarried women were often accused of witchcraft. The presentation also addressed the bold, traditional roles of women as domestic and maternal figures. However, Canaccini also discussed the emergence of various powerful women in society, including some craftswomen and tradeswomen, along with Joan of Arc.

“My passion for Women in Medieval history all began when I was studying the struggle between various factions in history. I was researching Dante with a medieval literature professor, and came across two lines of text written by Dante that discussed a warrior’s wife,” said Canaccini.

Canaccini’s interest in this warrior’s wife then led him to research other women in Dante’s works, specifically Dante’s accounts of their thoughts on the afterlife of their husbands. Canaccini’s passion all began with two small lines of literature.

One fascinated student who attended the event, senior Andrew Van Dyke, exclaimed that the presentation was “absolutely riveting.”

“I enjoyed every minute of Canaccini’s lecture. I wish Canaccini could be one of my history professors,” said Van Dyke.