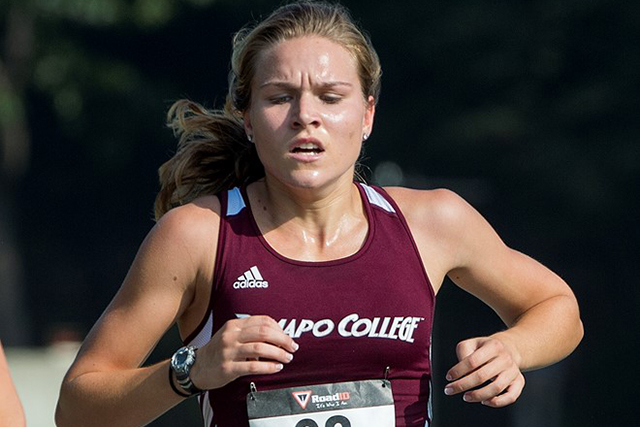 “I was hoping our guys would be vying for the title, and we didn’t really get it obviously, and we weren’t really close,” said Cassavell. “It was a bit disappointing although we were running against some very good teams, so we weren’t that far out of it, but we had a couple people that weren’t where they should be, and it really hurt us; and then we had a couple people that really stepped up, but I think we were a little disappointed.”

For the men’s team, junior Jeremy Hernandez led the way with a first place finish in the 8k race in 25:04.01. As a result, Hernandez successfully defended his NJAC title from last season. In the same race, junior Chris Dugan came in 8th place in the field and in 2nd place for the Roadrunners in 25:41.72.

Junior Erik Van Der Wilt and sophomore Quinn Geraghty were the last of the men’s teams top performers on the day as they respectively placed 25th and 29th. Van Der Wilt crossed the finish line at 26:35.89 while Geraghty clocked in at 26:53.68. For the women’s team, junior Paris Hughes and sophomore Emily Croonquist led the way with top five finishes as the came in 4th and 5th place respectively with times of 22:55.96 and 22:58.83.

Next, Cassavell thought that it was great that Hernandez defended his title.

“It was great that he defended his title; he missed the two previous meets, so he hadn’t raced for a long time, so the fact that he stepped up like that and defended his title was big for him, so I’m really excited for him,” said Cassavell.

Lastly, Cassavell said that she was pleased with the growth of Hughes and Croonquist overall.

“Emily Croonquist had an outstanding race; she came in fifth place right behind Paris, that was outstanding for her,” said Cassavell. “Paris said that she wasn’t feeling super great, so I don’t think she ran the best race for what she could have done but she was solid, which is really important because she is so consistent; and Emily, she was a freshman last year, and she just has really started to develop.”

The Roadrunners will compete in the NCAA Regional Championships on Nov. 12th in Sewell, New Jersey.