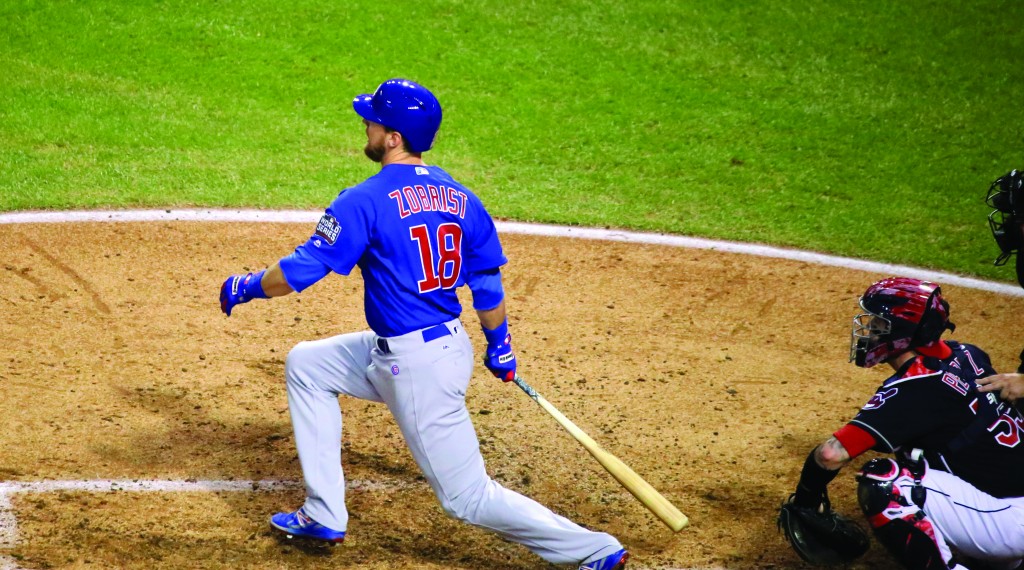 Cubs fans have gone through a lot: the Billy Goat, Steve Bartman, 108 years of not knowing what it was like to be a champion.

But the curse is finally over.

After 108 years, the Chicago Cubs are World Series Champions.

For Indians fans, the agony continues, as they have not won a World Series since 1948.

In an instant classic, the two ball clubs battled it out for the Commissioner’s Trophy in what will go down as one of the greatest fall classics, and games, of all time.

Game 7 of the 2016 World Series started with the Progressive Field crowd going absolutely insane, until Cubs’ outfielder Dexter Fowler silenced all of Cleveland with a leadoff solo home run off of Indians ace and former Cy Young Award winner Corey Kluber, who entered the game with a postseason ERA of 0.89.

The Indians tied it up in the bottom of the third inning with an RBI single by designated hitter Carlos Santana.

Just half an inning later, momentum switched right back to the Cubs’ side and would remain there for quite some time; Addison Russell’s sacrifice fly gave the Cubs a 2-1 lead, and catcher Willson Contreras’ double to deep center drove in outfielder Ben Zobrist to give the Cubs a 3-1 lead.

Cleveland took advantage of a wild pitch, with not one, but two runs scoring on the wild pitch from Jon Lester.

The Cubs were not phased, however. Catcher David Ross, who played in the final game of his career last night, hit a solo shot off of former Yankee Andrew Miller to give the Cubs a 6-3 lead. Ross became the oldest player to hit a home run in a World Series.

In the bottom of the eighth, manager Joe Maddon brought in Aroldis Chapman, a move he was criticized for in Game 6, as Chapman threw more pitches than he is used to in a short time span. Chapman was clearly overworked, as he let up an RBI double to outfielder Brandon Guyer. The next batter, Rajai Davis, sent Cleveland back in a frenzy with a game-tying, two-run home run in the bottom of the eighth.

Nine innings was not enough, and after a 17-minute rain delay, the Cubs were back in business as they scored two runs in the top of the 10th inning.

Kyle Schwarber started the inning with an RBI single, followed by a Kris Bryant fly out that sent pinch runner Albert Almora Jr. to second base.

After Rizzo was intentionally walked, Zobrist gave the Cubs the lead with an RBI double to give the Cubs a 7-6 lead. Two batters later, Miguel Montero drove in Rizzo with a single of his own, giving the Cubs a two-run lead.

In the bottom of the 10th, Davis kept the season alive with a two-out RBI single off of Carl Edwards Jr., bringing Mike Montgomery in to pitch for the Cubs. Montgomery retired the only batter he faced; Michael Martinez grounded out the third base to end the 2016 season.

Chicago will be celebrating for a long, long time. Maybe 108 years.