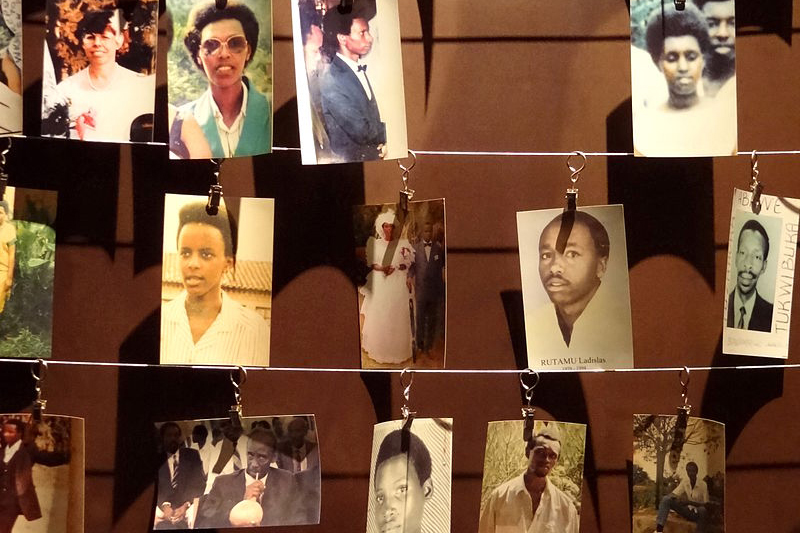 Eugenie Mukeshimana, survivor of the Rwandan genocide and founder of the Genocide Survivors Network, brought stories of her survival to Ramapo on Friday. Her lecture focused on the situations in Rwanda that led up to the genocide, how she survived and similar situations currently in Burundi.

“I wish I was here to tell a different story,” Mukeshimana said as she opened her speech.

The Rwandan genocide began in 1994 when members of the Hutu extremist group enacted methods of terror and killings against the Tutsis. Roughly 800,000 people, mostly Tutsis, were killed within a few months. By the end of the genocide, approximately 85 percent of the Tutsi population had died. Mukeshimana describes the genocide as “very fast and very brutal.”

Mukeshimana explained that prior to the genocide, Rwanda consisted of three ethnic groups — Hutu, Tutsi and a much smaller group called the Twa. After the genocide, people of every group were trying to survive.

“The survivors inside [the country], we were invisible. There was no specific program whatsoever. There was nothing going on to look for us,” said Mukeshimana.

Rwanda’s main method for achieving justice after the horrors was through gacaca courts in which community members judged those on trial and sentenced community service orders. Survivors found it difficult to listen to the stories and testimonies during the courts.

“They used the gacaca courts to torture the survivors,” said Mukeshimana.

Mukeshimana described that survivors often had to sacrifice justice for peace. People still needed to have peaceful relationships in order to coexist in communities, even with the knowledge that their neighbor killed their family and loved ones.

“Basically for survivors to survive in those kinds of environments, they have to sacrifice justice,” said Mukeshimana.

Mukeshimana described her experiences fighting for her survival and explains that a large part of it was luck.

“It’s pure luck. I didn’t do anything extraordinary to survive,” said Mukeshimana. “I tried to do what I could — not sneeze, not sleep — but you just happen to be lucky because somebody is lazy that day or sometimes because somebody has a twisted mind that morning.”

In one incident, she was taken to a killing site early in the morning and expected to die. The man did not kill her because he was picky about his victims.

“You look like a ghost, and my machete is clean. I don’t want to start off the day with someone looking like you,” Mukeshimana remembered a man saying to her at the killing site.

When another man showed up, he believed that Mukeshimana had a secret about the government forces. He also chose not to kill her, but never tried to get information out of her either.

She also relied on good timing to avoid killers and the kindness of strangers to let her hide out.

“There are a lot of different things that kind of have to work in sync for any survivor to survive, but largely because somebody gave you a chance,” said Mukeshimana.

She also described that people in Rwanda had the drive and the skills to rebuild the country after the conflicts, despite the difficulties.

“I think Rwanda has done remarkably well considering and I think in Rwanda everyone understands how fragile the country is. I think everyone also knows how awful the conflict can be. I think everybody’s first choice will be peace rather than war,” said Mukeshimana.

Mukeshimana’s speech also addressed the current conflict in Rwanda’s neighboring country, Burundi. Burundi is made up of similar ethnic groups with heightened prejudice and hatred. Mukeshimana said that Burundi is experiencing even more conflict than was present in Rwanda leading up to the genocide. Burundi’s current president, a Hutu, is refusing to give up his position despite the constitutional laws that a president cannot serve three terms. Government militia groups killed protestors who voiced opposition to the president and many Burundi citizens have fled the country as refugees.

“I don’t see the way they can come out of this,” said Mukeshimana.

Burundi also recently pulled out of the International Criminal Court, or ICC, meaning that they cannot be charged in international court and are not obligated to follow ICC rulings.

“There seems to be, in my opinion, no way out of this situation unless somebody can convince the president to work out the peace talk deal with the people who are asking him to not run,” said Mukeshimana.

She blames much of the rising conflicts and violence in Burundi on people and companies bringing weapons into the country from abroad.

Students in the room, largely from human rights or genocide classes, asked what we as students can do. One of Mukeshimana’s suggestions included reaching out to representatives.

“Send a letter to your representatives and tell them that you are concerned about this or that. Even better, get a few more people to do the same,” said Mukeshimana.

She also emphasized the importance of education and getting students involved in whatever they are passionate and concerned about.

“Every field that you guys are in has the potential to change somebody’s life.”