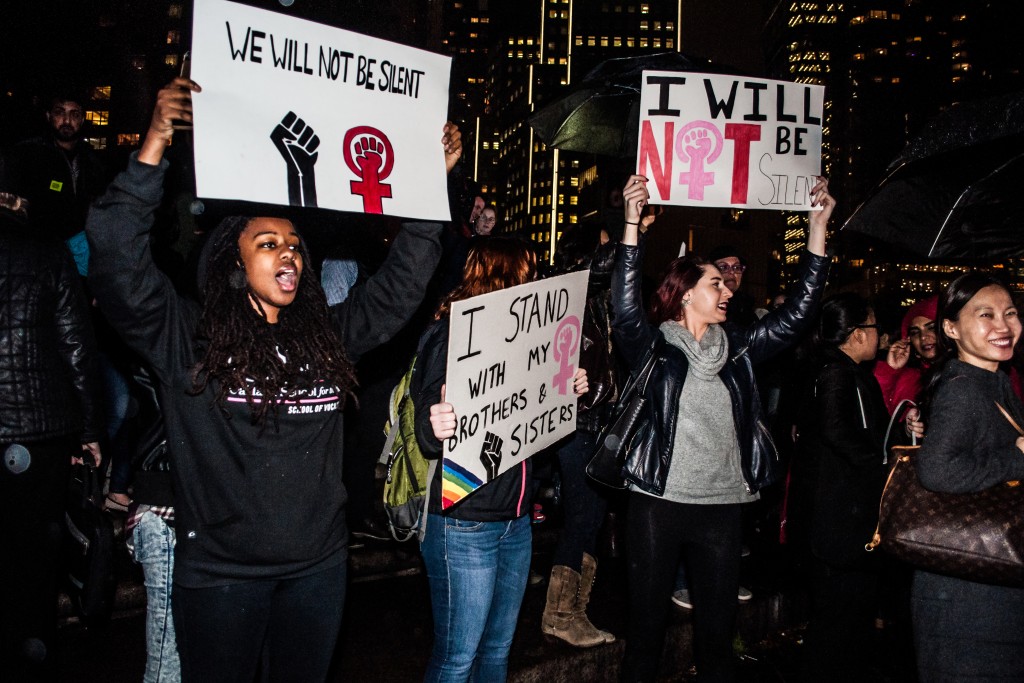 In times of great social unrest, the public can at least be promised that the soundtrack of their country will only grow stronger as musicians write and debut music commenting on contemporary issues. Some of the best music has come out of protests: be it from the peace-loving, free-love psychedelia of the 1960s, the anti-establishment themes in the lyrics of Bob Dylan and Joni Mitchell, the subversion of pop music in the first wave of the punk movement or even the very reason for the birth of rock ‘n’ roll – music has always been a special tool for the voices of the unheard.

Following the results of last Tuesday’s election, many popular artists released music rebelling against the newly elected Donald Trump, condemning the bigotry associated with the candidate and his far-right followers. In a time where hateful language can become deafening, music continues to offer a soapbox. Music is a universal tool used to iterate what cannot be conveyed with words alone. It is a tool that has been used for generations to express anger and frustration to a world that undervalues the underrepresented.

Before the election, dozens of artists contributed to the “30 Days, 30 Songs” campaign, a month-long promotion of new songs “written and recorded by artists for a Trump-free America,” according to the campaign’s website. On the compilation, artists including Death Cab for Cutie, Franz Ferdinand, Aimee Mann, John Roderick of the Long Winters and more came together to write protest songs against the Trump campaign. The collection is unapologetic in its stance, as some songs overtly denounced all respect for the candidate, while other songs – like Franz Ferdinand’s “Demagogue” – expressed the concerns and fears of a looming Trump presidency. The song includes the lyrics, “His tiny vulgar fingers on the nuclear bomb.”

Even artists outside of the project began to voice their opinions on the candidate during the run-up to election night. The heavy metal shock rockers GWAR have been featuring effigies of both Trump and Democratic candidate Hillary Clinton being brutally torn up on stage during their concerts. Kristin Kontrol, the latest pop project of Dee Dee from Dum Dum Girls, reworked the Beach Boys classic “Don’t Worry Baby” to “Don’t Grab My Pussy,” referencing Trump’s infamous quote caught on tape by a hot mic. Even songs released around the time of election season got roped into picking a candidate’s side, such as the new video for “Surrender Under Protest” by the country-rock band Drive-By Truckers, features ample footage of the Black Lives Matter movement.

This year has been a particularly insurgent year for music in the first place, perhaps fueled by the political campaigns that have inundated the media. From the pro-black anthems of Solange’s “A Seat at the Table” to G.L.O.S.S.’ blistering “Trans Day of Revenge,” politics and music have become synonymous with social awareness and activism.

When Trump’s victory was announced, labels like Fat Wreck Chords and Run for Cover started hosting fundraisers with “Not My President” t-shirts and exclusive downloads to benefit charities including Planned Parenthood. Lady Gaga herself protested in front of Trump Tower the morning after the election, firmly planted in the street with a “Love Trumps Hate” sign above her head. No matter what happens over the course of the next four years, the country is guaranteed the prospect of personal, political and passionate music.