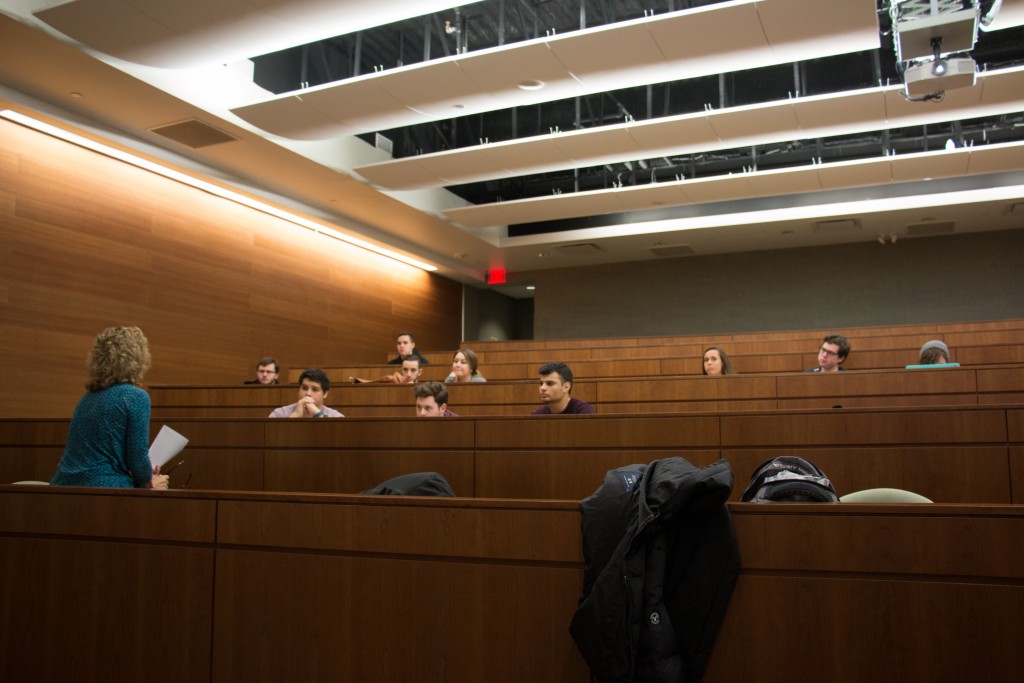 Just as the 2016 presidential election came to a close last week, a new organization called Democracy Matters was approved on Monday to be installed on Ramapo College campus. The club hosted its first event Tuesday evening called, “Who Owns Democracy? Money and Politics In The 2016 Election.”

Democracy Matters is “a nonpartisan and nonprofit organization aimed at getting money out of politics.”

Joan Mandle, the executive director of Democracy Matters, gave a lecture on “how money influences elections and candidates.” Mandle is also an associate professor of sociology and women’s studies at Colgate University and is also an active political sociologist and activist.

“This election was a terrible defeat for people who have been working for a long time to try to get this country to be a deeper democracy, a real democracy, as opposed to a country where very wealthy people control the political system,” Mandle began.

“What is important about this is that it does increase every single cycle,” Mandle said, “and therefore in order to run for office, you need to have a whole lot of money.”

Mandle explained that “[Hillary Clinton] actually outspent Donald Trump,” which is very unusual because in most elections, the winner is whoever spends the most money.

“There is media that you don’t have to buy,” said Mandel, offering an explanation for why Trump won despite spending less on his campaign.

Mandle’s lecture touched upon the most recent presidential election in terms of economics, funding campaigns, the need for public financing, low voter turnouts, the founding of Democracy Matters and some of the challenges she’s experienced as a political sociologist and activist.

Students who attended the lecture expressed that they were deeply inspired and enlightened by the talk.

“[The event] was great,” said freshman political science major Caleb Herbst. “More people our age should get involved in politics. I think that we should focus on money in politics as well. I think that’s a big issue. I feel that millennials who do vote don’t feel like they are represented, and I think money is a big factor in that.”

“Money should not be the most important variable in if someone gets elected or not,” said Alexandra Kyros, also a freshman political science major. “It should be the ideas that matter.”

Some students were aware of how money affected politics prior to the event, while others were not.

Kyros said that she got to be interested in money and politics because of her interest in Bernie Sanders.

“What I liked about him was that he was not accepting any donations from big corporations,” Kyros said, “and I think that’s important because most people in the country don’t have these connections, so it’s important for someone who’s not taking money from the corporations to be representing us.”

Alex Cordaro, history major and president of Democracy Matters, expressed that he hopes to hold more hands-on events such as voter registration drives for the upcoming gubernatorial race and writing to government officials about current problems.