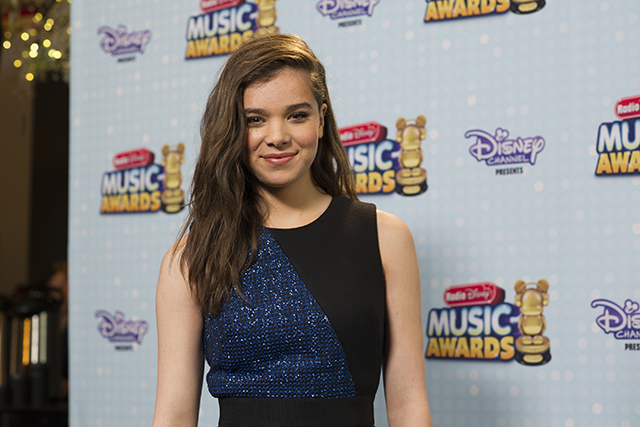 The latest high school dramedy to hit the theaters, written and directed by Kelly Fremon Craig, is “The Edge of Seventeen.” The movie casts Hailee Steinfeld as its star, high school junior Nadine, a character who exudes entitlement and a bratty personality as she mimics high school students who feel they have no place to fit in. Closely resembling the styles of “Clueless” and “The Breakfast Club,” the movie focuses on the bitter Nadine and is sure to make viewers laugh and maybe even shed a few tears.

The movie starts by showing Nadine through the years and how ever since she was young she has always been an awkward outsider. She never had a great relationship with her mother, but idolized her father.

After unforeseeable circumstances, Nadine is left feeling even more awkward and alone than ever before, and continues through high school looking up to one of her teachers as a father figure.

Her best friend since childhood, Krista, starts dating her hot, all-star older brother, Darian. This threatens their friendship and leads Nadine to act out even further, being brattier than ever. After sending a risqué Facebook message to her crush, embarrassing herself and having another meltdown, she finds the light at the end of the tunnel. When she gives the clingy nerd at the start of the movie a chance, Nadine realizes that perhaps life is not so bad after all. The movie highlights parties, the sense of feeling like an outcast and sexuality, making the movie relatable and eye-catching.

Hailee Steinfeld does an incredible job portraying Nadine as the classic bitter teenager who believes the world is out to get her. Nadine is seen as an old soul who is lonely and does not understand where she fits in in the world. By the way she speaks, her taste in music and her lack of a social life, she is casted as the ultimate outsider. The teen does not have a good relationship with her mother, a theme so common that viewers feel they have been through the same arguments time and time again. Steinfeld exhibits this aggression effortlessly, allowing viewers life vicariously through her, feeling like they are in the shoes of an opinionated adolescent.

The storyline is easy to follow, though at times feels as though the pace of the movie is slow. This is the type of movie where you can just watch and unwind with some popcorn, as it does not have anything too heavy happening to focus on. Relatable and funny, this movie is perfect for a night with the girls to reminisce on the desperate things everyone did in high school while watching how Nadine handles her life after she feels her life is spiraling downwards. It’s a fun, light-hearted watch.