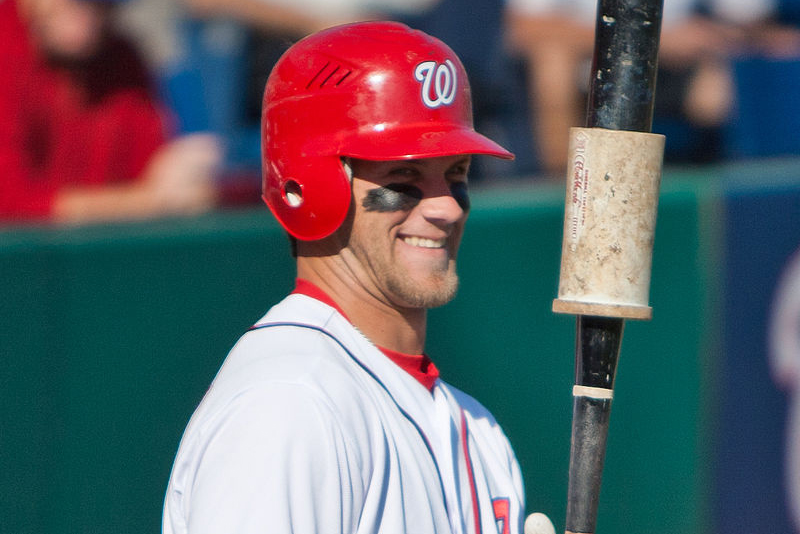 Washington Nationals right fielder, Bryce Harper, looks to say goodbye to the team that he has been playing for since 2010.

The 24-year-old, who is eligible for arbitration in 2017, has had no discussions with the Nationals about any long-term offers.

MLB’s highest salary record is currently held by Marlins right fielder Giancarlo Stanton. Stanton signed a 13-year, $325 million contract in 2014. Harper, who made $5 million last season, is requesting a contract in which he will be paid at least $400 million over a minimum of 10 seasons.

Along with Harper, Los Angeles Angels center fielder Mike Trout is another one of major league baseball’s foremost young superstars. Both players have recorded impressive statistics at such young ages that it is often debated which of the two should hold the title for best overall MLB player.

Although Trout has the slight advantage of having played one more year in the MLB, in comparison, Harper currently maintains a career batting average of .279, an on base percentage of .382 and a slugging percentage of .501, all of which are significantly lower than those of Trout. While Harper also won numerous awards, very similar to those won by Trout, like four-time MLB All-Star (2012, 2013, 2015, 2016), 2015 National League MVP, 2015 Silver Slugger Award, 2015 NL Hank Aaron Award, 2015 NL home run leader, 2010 Golden Spikes Award and 2012 Rookie of the Year recipient, he still has not posted as impressive career statistics and awards as Trout has.

The Nationals, taken aback by Harper’s demands, will likely move on after the 2018 season.

The Yankees might look to consider the 2015 All-Star outfielder’s terms seeing as they have a significant amount of money coming back from Alex Rodriguez, CC Sabathia, Mark Tixeria and Carlos Beltran.