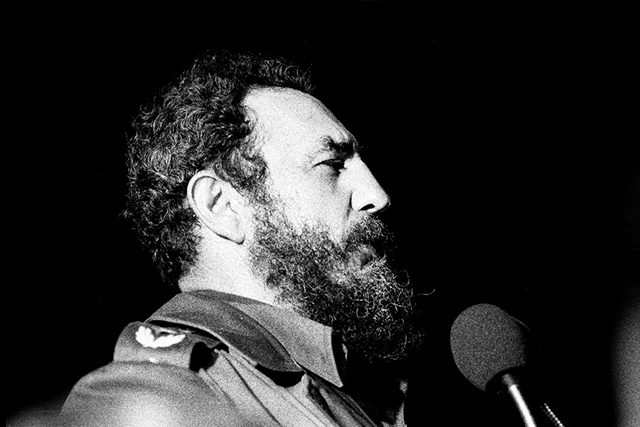 On November 25, 2016, previous Cuban leader Fidel Castro passed away, the announcement being made by his younger brother Raul, his successor. While Cuba declared for there to be nine days of mourning, some are doing anything but. There are many who have been cheering, overjoyed by the death of Castro. Many have flocked to social media to share their view on his death; politicians have also made statements. Needless to say, there have been a multitude of mixed reactions.

Before delving into the reactions to Fidel Castro’s death, it is important to discuss and summarize what he did during his reign over Cuba. Castro came into power in 1959 after a long campaign of failed rebellions and revolution against previous dictators. A few years into his rule, he did away with the previous democracy and established a communist regime. Cuba developed a relationship with the USSR and Castro became involved in helping revolutions in third world countries. The goal was to assist these developing countries in fighting against imperialism while also spreading communist ideals.

Despite wanting to previously overthrow a dictator, it was not long before Castro became one. During his reign, he stripped away rights from his people, shutting down newspapers and taking away their civil liberties. One of the biggest themes throughout his rule, however, is the grotesquely high number of executions committed. According to the Cuba Archive, there were 5,600 people killed by firing squad alone. This is only a small portion of the tens of thousands of others murdered by Castro’s regime.

Now when it comes to Castro’s death, there is a large spectrum of reactions. On one end of the spectrum, there are those whom have mourned Castro’s death and viewed him as an amazing leader. Many of the citizens of Cuba have experienced deep sorrow at the passing of Castro. Angel Daniel Castro, Fidel’s nephew, said to CNN that "Cuba sees him as a father. One woman just called crying and saying she had lost her father. Everyone feels it.” Politicians have also made statements expressing their sympathy and admiration for Castro. Most notably, leaders like Russian President Vladimir Putin and the leader of North Korea, Kim Jong Un praised Castro, both citing that he helped bring freedom to Cuba.

Some liberals have been particularly vocal about their views on Castro. One of the most controversial statements regarding Castro’s death came from liberal Canadian Prime Minister Justin Trudeau. While at a summit meeting in Madagascar, Prime Minister Trudeau mourned Castro’s death, saying “While [Castro was] a controversial figure, both Mr. Castro’s supporters and detractors recognized his tremendous dedication and love for the Cuban people.”

The Prime Minister’s statements on Castro’s death has sparked considerable outrage. Cuban US Senator Marco Rubio is amongst many whom were angered by Trudeau’s support of Castro. Rubio took to twitter, saying that Trudeau’s remarks were “shameful & embarrassing”. While many have been angered by remarks praising Castro, there are also those who are celebrating his passing. In the Little Havana section of Miami, Florida, people took to the streets to celebrate. One man told CNN, “It's a moment that we've been waiting for 55 years. We're free at last. The man that caused so much suffering, so [many] people to be sad in my country… has passed away.”

In all honesty, it is mind boggling to think that there are those out there who believe Castro is worthy of praise. Now, I am usually the first to defend one’s right to their own opinion. One of the greatest perks of this great nation is everyone’s undeniable right to have their own viewpoints. Praising a malicious dictator, however, is where the line must be drawn. People who claim that Castro “saved Cuba” and was a champion for his people have completely overlooked the number of atrocities committed during his dictatorship. These Americans have overlooked the fact that he sent LGBT individuals to labor camps, stripped away many civil liberties and executed tens of thousands of Cubans. It seems that those who argue Castro was a “visionary” have a twisted perspective of what is means to be a, as Trudeau stated, “remarkable leader”.