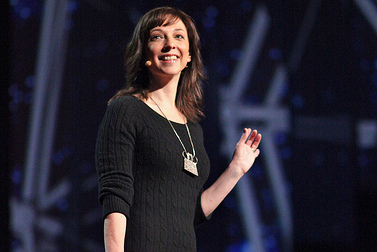 The Center for Health and Counseling Services, also known as CHCS, expanded its programs this semester by introducing “Introverts Unite,” a unique group therapy geared towards introverts.

“A group like this helps introverts be the best versions of themselves,” said Dr. Michael Alcee, Psychologist and Training Coordinator of CHCS.

Inspired by the recurring themes throughout Susan Cain’s New York Times Best Seller "Quiet: The Power of Introverts," Alcee recognized a need to create an outlet on campus to help the Ramapo College community understand the true meaning of introversion.

“When I read her book and saw her TED talk, I realized how much introversion is an important part of people’s personalities,” said Alcee. “Another thing was that a lot of the students I was seeing in individual counseling were suffering from anxiety, depression and social issues. As I got to know them more, I realized it was because they were never told they were introverted.”

Co-facilitated by Alcee and Ellen St. Pierre, Psychology Intern at CHCS, this group therapy focused on empowering the introverted personality type is the first of its kind on a college campus in America.

Coined by Carl Jung, a Swiss psychiatrist and psychotherapist, the ideas of extroversion and introversion are at the core of human development theories. Extroverts gravitate toward constant social stimulation, whereas introverts are more inward-turning.

“For people who are introverted, they sometimes get over stimulated and they feel like too much small talk can be draining. They need to take time to regroup and recharge on their own,” explained Alcee.

In contrast to other group therapy settings that may concentrate on finding solutions to problems, “Introverts Unite” encourages students to understand what it means to be introverted.

“It would be like telling somebody, ‘Hey, your car gets unleaded fuel rather than diesel.’ They want to know that’s how they get fueled up. If they are using the wrong fuel, they are not going to work,” said Alcee. “So one of the things I like about having a group like this is that it’s not based on whether you have anxiety or you have depression. It’s who you are, how do you work and how we can help you flourish.”

While Cain describes American culture as possessing an extrovert ideal that places an inferior value on introversion, research indicates that between one-third to half the people in the nation are introverts. In an effort to make introverted individuals feel less alone in their issues, “Introverts Unite” seeks to debunk perpetuated stereotypes such as the notion that all introverts are anti-social.

“That’s not the case. They just get overly drained by being around people for too long. It’s almost like they have a certain social meter that once it hits a threshold, they need to recharge through themselves,” said Alcee.

Individuals can be quick to dismiss their innate characteristics as byproducts of anxiety or depression, when in reality they do not fully understand how to work with their introversion.

“If we really focus on that in individual therapy and group therapy, or in the culture, that allows people to be more productive, more involved and more themselves,” said Alcee. “It’s not just about helping people psychologically, but it's also about improving productivity in the workplace, improving the contributions of introverts.”

Introverts may be living in a world dominated by extroversion, yet that doesn’t mean their contributions are any less significant. Notable introverts throughout history function as a symbol of hope and include the personalities of Albert Einstein, Rosa Parks and Bill Gates.

“It’s important for people to see that there are other models for them and that it’s actually good and okay to be an introvert,” said Alcee.

With group therapy proving to be beneficial for participants in terms of feeling less stigmatized and being able to learn from other people, it also helps to create more knowledge about introversion.

“If introverts don’t know who they are, how can they teach it to people who are not introverted?” said Alcee.

Contrary to standard dictionary definitions that connote introversion to be a weakness, this type of personality can prove to be just as powerful as extroversion. Students in the group strategize on how they can capitalize on their strengths as introverts that enable them to be more sensitive and perceptive.

“Introverts can often be very deep and very thoughtful. Even if they are quiet, they can have a lot to contribute,” explained Alcee. “In this day and age where we are all on our phones, back and forth, introverts know how to look inwards and connect. That’s something we are sort of losing as a culture and introverts do that instinctively. For millennials and this generation, that’s an important virtue and skill.”

Having facilitated a number of groups in the past, Alcee finds “Introverts Unite” to be one of the more successful initiatives that have consistent participation with motivated individuals from all backgrounds.

“It’s one of the most diverse groups I have ever run. It’s diverse in terms of gender, race, ethnicity, religion, sexual orientation – everything. You’re going to hit a cross section of every different variety of persons,” said Alcee. “I think one of the wonderful things about that is that we talk about multiculturalism a lot and how important that is. Here, we have multiculturalism and yet something that is a common ground. I think it’s bringing the best of difference and similarity together, which is really nice.”

With college campuses generally extroverted by nature, whether it be through the participation requirements in the classroom or the extracurricular activities that consume students’ time between classes, it’s essential to understand how introverts, and by contrast extroverts, function. This will only make it easier for people to work with each other to bring out the best in everyone.

“The point of having a group like this is to create a better balance in the college culture that is a bit weighted toward extroverts,” said Alcee. “By having this group like this, it creates a little bit more balance between this yin and yang and that’s kind of healthy for classes, socializing on campus and allowing introverts to contribute more.

For more information about “Introverts Unite,” or other CHCS programming, contact Alcee at (201) 684-7522 or email him at malcee@ramapo.edu.