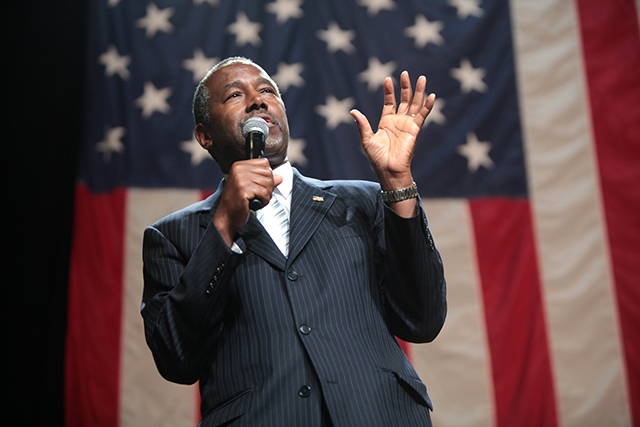 President-elect Donald Trump’s appointees for his cabinet have caused quite a stir, and rightly so, as it is a congregation of individuals who believe in questionable ideas.

To start off, Myron Ebell, who will be the head of the EPA, is not completely sold on climate change—as if climate change was still a debate. Ebell has said that due to scientific uncertainties he cannot get behind the thought of climate change. Ebell’s qualms regarding global warming are ridiculous by themselves, as we are already experiencing the negative effects of climate change, but Ebell is not simply trying to get all the facts before he makes a decision. Ebell’s agency, the Competitive Enterprise Institute, is partially financed by the coal industry. The real reason why Ebell is not willing to accept climate change is because an acknowledgement of global warming would detrimentally affect his fiscal interests.

Chief-Strategist appointee Steve Bannon follows along with the right wing ideals of Breitbart news, and since his takeover of the site, it has grown a bigger following from the alt-right group. The alt-right group is largely made up of white nationalists, and they are determined to “protect” the White race from any kind of minority influence. This is where a serious issue lies: if Trump appoints people with backgrounds in racism, homophobia or climate contrarianism, it can ignite a new wave of ignorance.

The common response would be that the appointees themselves aren’t as harsh as the people who follow them. However, “as harsh” or “as extreme” doesn’t quite cut it when we are talking about a society that has made so much progress in recent years. If there is still any shred of ignorance in the potential appointees, then they should not be considered from the start. Not only were they considered; they were chosen to be part of the president’s cabinet.

This is why some minority groups are scared. With individuals like this being chosen by the President to advise him and lead certain areas of the government, it wouldn’t be surprising for homosexual, black and Latino people to feel a little uneasy. Some may call it an overreaction, but there are people in charge who have clearly stated agendas against these groups, and will do anything to repeal the rights of these groups.

It all goes back to Trump, who we are all rooting for simply because we have to. But this is a rough start. His appointees are turning people’s heads, and making people wonder: whom exactly does the President-elect want to surround himself with?

It will be hard to “Make America Great Again” when the President has placed his trust in people who want to take away some of the freedoms that make this country great in the first place.