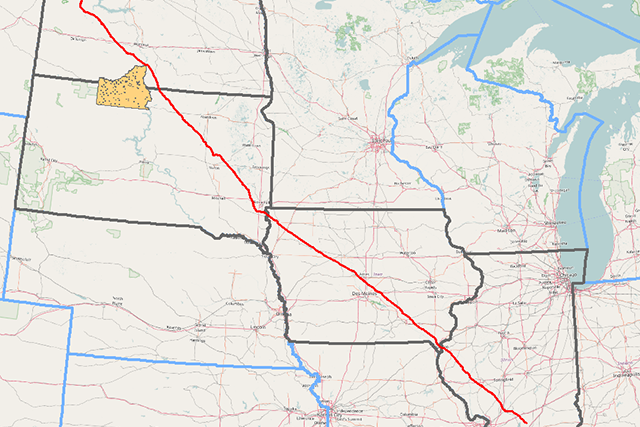 Protestors of the Dakota Access Pipeline emerged victorious as the Army Corps of Engineers denied a permit that would allow access to a key part of the $3.8 billion oil pipeline that would run just north of the Standing Rock Sioux Reservation.

The 1,172-mile, 30-inch diameter pipeline was set to run from Patoka, Illinois to the Bakken and Three Forks Production areas of North Dakota in an effort to enable oil from North Dakota to get to the refining markets in areas surrounding the pipeline’s path in a more efficient and environmentally cautious manner.

However, the original route was running too close to the Standing Rock Sioux Reservation and would in effect harm their water supply. This caused thousands of people to camp out in the path of construction, with activists coming from all over the country to join the tribe in resisting the continuation of this project.

There is a lot at stake here, such as the wellbeing and livelihood of the Sioux people. Granted, the pipeline isn’t guaranteed to soil the tribe’s water supply but any unnecessary risk shouldn’t be taken, especially when alternate plans have yet to be analyzed.

Standing Rock Sioux Chairman Dave Archambault II was quoted saying, “the pipeline would threaten our water, our culture, our heritage," while commending Assistant Secretary of the Army for Civil Works Jo-Ellen Darcy, who ultimately made the call to reroute the pipeline.

That is all it should really take: a plea from the leader of a tribe whose way of living would be directly affected by this pipeline. Not to mention this tribe, like countless others, have been forced to relocate and cornered into reservations on their own indigenous land.

Although this ruling will force the pipeline to be rerouted, the battle is not over.

The Trump administration could try and reverse the ruling, ruining all the progress that has been made. Jan Hasselman, an Earthjustice staff attorney representing the Standing Rock Sioux tribe, is confident that the initial ruling will hold some weight if the decision is brought to court.

"If the incoming administration tries to undo this and jam the pipeline through despite the need for an analysis of alternatives, we will certainly be prepared to challenge that in court," he told CNN. "It's not so simple for one government administration to simply reverse the decisions of the former one."

That would really spoil this triumph of the people. The tribe wanted to get this pipeline path changed in a peaceful manner and after months of camping out in the cold with limited resources, they achieved just that. With no violence, there could not have been a better way to go about this.

For now, all the protesters can do is wait and see what happens with the new administration coming in next month. Whatever happens, they are willing to fight in court and do what is necessary just like they did the first time around. In the meantime, the pipeline will be prohibited from running through the Standing Rock Sioux Reservation and the tribe can rest easy, if only for a little while, knowing that neither their water supply nor way of living will be disturbed.