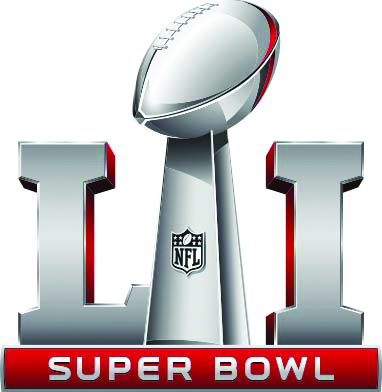 The Atlanta Falcons and New England Patriots will square off in Super Bowl LI on Sunday in Houston.

It is only the second Super Bowl appearance by the Falcons in NFL history and they’ll be looking for their first ever Lombardi trophy. On the flip side, the Patriots have become used to the big stage. Quarterback Tom Brady and head coach Bill Belichick will be making their seventh Super Bowl appearance together. If New England wins, Brady will cement his name as the only starting quarterback with five Super Bowl rings, as will Belichick as a head coach.

Both squads have a similar theme of strategic coaches and dominant quarterbacks. According to ESPN.com, Matt Ryan boasted the best passer rating in the league (117.1) while throwing for 38 touchdowns to only seven interceptions. After being suspended for the first four games of the season due to his alleged involvement in Deflategate, Tom Brady soared through the passing leaderboards. His 28-to-2 ratio of touchdowns to interceptions was the best ever by a quarterback in a season.

Bill Belichick has been the Patriots’ head coach for 17 consecutive seasons, but one of the most impressive things Belichick has done is assemble his phenomenal coaching staff. Offensive coordinator Josh McDaniels is always in the conversation for being a head coach, yet the Patriots find a way to retain him.

New England has a different offensive gameplan for every single team they play. One game McDaniels will feed running back, Legarrette Blount, 30 times. Another game he will use Dion Lewis on the ground and through the air, attacking coverage linebackers. In the AFC Championship, McDaniels switched to the spread offense and had Brady torch the Steelers secondary for three touchdowns and 300 passing yards. Defensive coordinator Matt Patricia had his defense more than ready for the Steelers last week. Patricia makes his players take on different roles, such as linebacker Dont’a Hightower who rushes the passer and drops back in coverage. Patricia also likes to use Duron Harmon as a third safety in a lot of defensive schemes.

The Atlanta Falcons’ coaching staff could not differ more from the Patriots. This is only Dan Quinn’s second season coaching the team after being a defensive coordinator for the Seattle Seahawks for two seasons.

The Falcons brought Quinn in because of their struggling defense in the 2013 and 2014 seasons. Although Atlanta does not have the most talented players on their defense (besides sack leader Vic Beasley Jr.), Quinn’s scheme has worked to perfection throughout the playoffs. The Falcons shut down the Seahawks in the Divisional Round and held MVP candidate Aaron Rodgers to zero points in the first half of the NFC championship.

Players like cornerback Jalen Collins, safety Ricardo Allen and middle linebacker Deion Jones have stepped up in recent weeks. On the other side of the ball, offensive coordinator Kyle Shanahan has already earned himself a head coaching job for next season with the success he has had. In past years, the offense was extremely dependent on star receiver Julio Jones, but Shanahan has changed the culture.

Running backs Devonta Freeman and Tevin Coleman have provided a productive one-two punch which also helps in the passing game due to both having a strong ability for pass-catching. Atlanta also has established the role of every other offensive player. Mohamed Sanu has become a red-zone threat because of his size, Taylor Gabriel has worked the slot because of his shiftiness and tight end Levine Toilolo has excelled as a reliable blocker.

The Falcons and the Patriots are well prepared on both sides of the football and should be involved in a close game on Super Bowl Sunday.