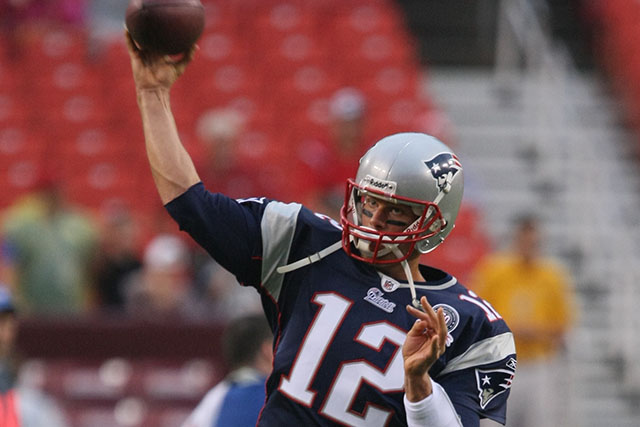 Unlike any other sports’ all-star game, the Pro Bowl has failed to gain much popularity.

The NBA, NHL and MLB have all marketed their all-star games far better with “all-star weekends” featuring multiple events.

Legendary moments in sports history have occurred during events like the NBA dunk contest, when Michael Jordan dunked from the free throw line, or when Blake Griffin earned a sponsorship with Kia after dunking over one.

The Pro Bowl has never quite lived up to its entertainment potential and has once again failed to become a topic of discussion in the sports world. “We don’t get any calls to our NFL Radio channel about the Pro Bowl,” said Cohen. “We get more calls about the (college) Senior Bowl around this time because fans want to know about players their teams might draft.”

In the MLB, the Homerun Derby has always been a fan favorite because it exclusively includes everybody’s favorite part of baseball. Each of these leagues has begun to implement a celebrity game, which includes teams comprised of both active and former players along with celebrities.

Watching Chris Pronger body check Justin Bieber into the boards during the NHL Celebrity Game was a sight to be seen. An NFL celebrity game could really be the next step in giving the Pro Bowl some notoriety. Watching Drake catch a ball on a slant route, only to get annihilated by Ray Lewis in the middle of the field might be something that people would actually pay attention to from an entertainment aspect.

“Ratings during the Pro Bowl are not nearly the same as they are during the regular season,” said Cohen. Despite the Pro Bowl’s consistent low ratings, it has the potential to gain some popularity if the NFL offered the fans more.

Former Oakland Raiders linebacker Kirk Morrison loves the Pro Bowl stating it, “serves its purpose as the appetizer to the Super Bowl and a type of atmosphere for those fans who can still be a part of the NFL experience even after the season is over.” He best described Pro Bowl week as “75% vacation and 25% work.”

While the Pro Bowl is a great experience for the players, it has yet to become very appealing to the fans. Morrison described the play on the field as “a mutual agreement” amongst the players.

“There is a great appreciation for what one another has accomplished in the season and in no way do we want to jeopardize another player’s ability to perform next year or provide for himself and his family.” Rightfully so, because nobody wants to see one of the NFL’s star players get hurt during an exhibition game and potentially miss action next year.

What the NFL has been failing to understand is that this does not mean they should put on an unwatchable game, but rather they should find alternative ways to entertain the fans.

In recent years, the NFL has found ways to slightly spice up the Pro Bowl. The addition of the skills competition was a fun idea to see what some of our favorite players can do, but all in all, the NFL is going to need to find more ways to entertain the fans if they ever want to make the Pro Bowl a more popular and profitable event.