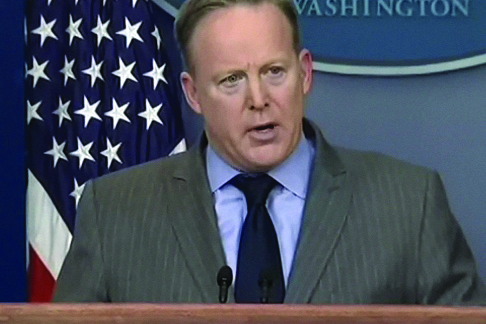 As a 5-year-old, I traveled to the U.S. hoping to see my father, whom I had not seen in two years. The trek from South Korea to America was an experience that I could and would never forget. Longing to embrace him, I walked out of the airport, searching for the tall man who I could finally call “my dad.” This was the start of my “dream in America.” A hopeful dream that many adults and many children in my situation longed for.

After 9/11, my parents and I had a tougher path than most. My father had a green card, but it expired around 2005 and to make matters worse, neither my father nor my mother understood English. As a kid growing up in a different country, I wondered why my parents wanted me to have a life in America. All my life I believed that I was legal, and that I was more fortunate than the illegal immigrants adults would argue about.

When the news hit me, I was around 11-years-old. I wanted to enlist into the Marines after high school; however, to enlist into any military branch you would need a permanent residency card or a green card. When I asked my parents if I had any proof of citizenship, my parents replied, “No. You aren’t exactly legal.” This meant that I could be deported, and that I might have to return to a country I could never relate to.

In 2012, President Obama came up with the idea of the Deferred Action for Childhood Arrivals. The DACA program was a chance for children and adolescents who came to America with their parents, who were labeled “illegal,” to be able to work legally. This was the first step into having a legitimate life in the United States. For around five years, I could enjoy the liberties that the DACA program offered, like driving, applying to jobs and even getting a social security card.

Everything changed once President Trump came into office. More and more reports of teens who are afraid of being sent back to their respective countries started flooding in. There were news articles that spread the rumor of an executive order that may endanger the DACA population.

Although, there was no concrete evidence to support the discontinuation of the DACA program, many of us “dreamers” were still paranoid. In a sense, my parents and I were a part of that scared percentage of DACA non-citizens. To be ripped from our families and forced to integrate into a country we have never been, this was the ideal thought pattern of a “dreamer." Instead of the “dream” we all longed for, the reality of the “American Dream” started to mutate into xenophobia.

So why should it matter to the American people if these immigrants were sent back to their countries? This means more jobs for them, right? This was the image I kept picturing, when I thought of the response of a typical American citizen. I sincerely fear that the DACA dreamers may have a shorter amount of time than we hoped. Hopefully, if I do have a short amount of time in the U.S., I will be able to spend the remainder of that time to graduate at Ramapo College.