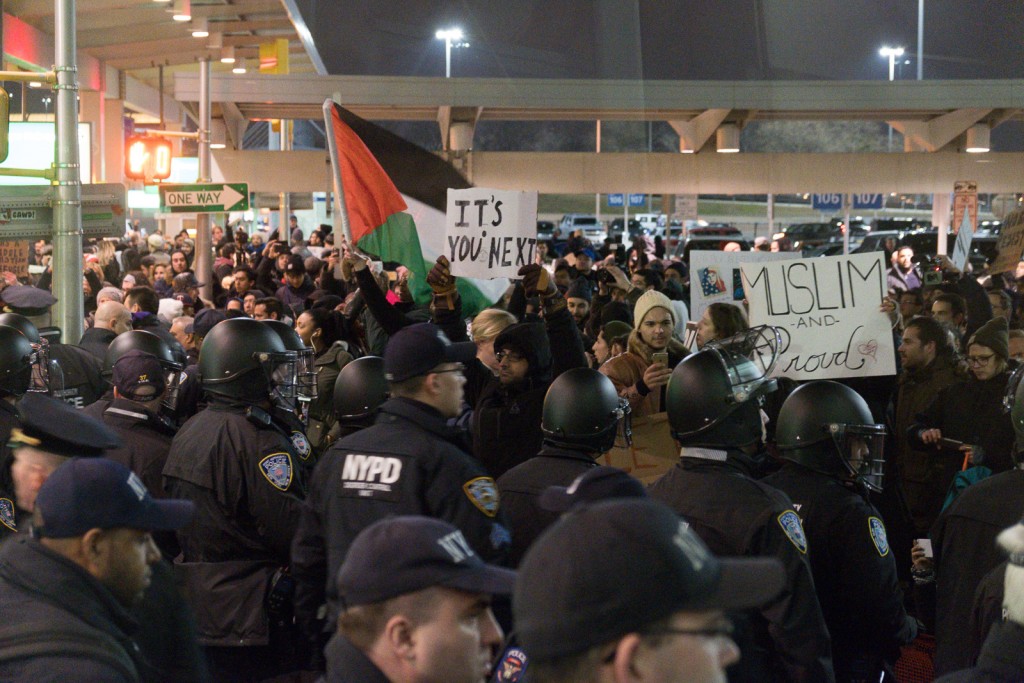 On Jan. 27, President Trump signed an executive order banning travel from seven predominantly Muslim countries into the United States. This order would keep out both refugees and immigrants for a minimum of 120 days. The seven countries affected by this ban are Iran, Iraq, Syria, Libya, Yemen, Somalia and Sudan. As expected, the ban has been met with emotional protests across the country from people both directly and indirectly impacted by this ban.

In the NBA, players and their families may have their livelihoods jeopardized by the ban. Although the ban is currently not in effect after a federal judge blocked the ban and issued a restraining order against the US government from continuing the policy, players and teams must circumnavigate the executive order and cope with the potential of more discrimination and mistreatment.

Oklahoma City Thunder player Nazr Mohammed and current Atlanta Hawk Dennis Schroeder, who both come from practicing Muslim families, have expressed sadness about the situation. According to NBA.com, Schroeder says, “It’s unnecessary … just Muslim, just Islamic people, they don’t really do anything. They’re just here. They want to live in peace. I can’t talk a lot about it, because it hurts me.”

Mohammed voiced similar sentiments in a blog he wrote, describing himself as “overcome with sadness” about the proposed ban.

Two current NBA players, Luol Deng and Thon Maker, both from Sudan, will not likely be affected by the ban. Deng has dual British citizenship and a U.S. Green Card and holds permanent U.S. resident status. Maker has an Australian passport after his family moved to the country from South Sudan when he was five.

There have been talks between the NBA and the U.S. State Department about how this ban will affect players, especially regarding travel outside the country, as teams must travel to Toronto to play.

The NBA, perhaps even more so than the NFL and MLB, is truly an international league, one that fosters relations overseas and uses its reach to impact potential players from other countries. The NBA’s Basketball without Borders camp, to be run during All-Star weekend, is just one of many initiatives the league implements to extend its reach.  The first Iranian-born player to play in the NBA, Hamed Haddadi, played for five seasons and is one example of the talent pool, not to mention opportunity, the NBA offers for foreign players.

Numerous figures in the NBA have come out in opposition to the ban. Everyone from Golden State Warriors head coach Steve Kerr, whose father died from an act of terrorism, to Nigerian-born Toronto Raptors President Masai Ujiri, have decried the ban, calling it “ridiculous” and “going against the principles of what our country's about.”

Trump’s actions most definitely affect big-name athletes that many people would not even consider to be susceptible to these kinds of executive orders. It is important to keep in mind, however, that the sports world is not immune to the decisions of a controversial leader, although the players and coaches of the NBA have certainly not been shy about voicing their stances on the issue.